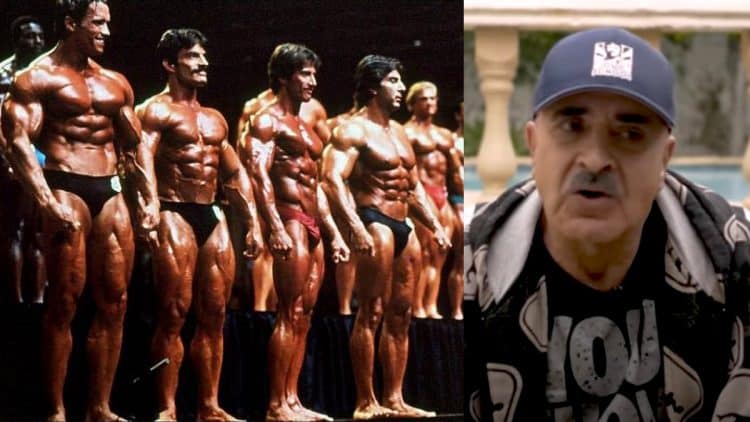 Samir Bannout reached the pinnacle of bodybuilding after securing the prestigious Mr. Olympia title in 1983. He’s acquired a wealth of knowledge during his tenure, which saw him compete against some of the sport’s most famous athletes, like bodybuilding legend Arnold Schwarzenegger, eight-time Olympia winner Lee Haney and “The Shadow,” six-time Olympia champ Dorian Yates.

While he’s long hung up his posing trunks, that hasn’t stopped Bannout from sharing opinions about the sport. In the company of retired bodybuilders John Hansen and Nick Trigili, Bannout routinely discusses pressing issues that affect bodybuilding.

In late June, Samir gave his thoughts on three-time Classic Physique Olympia Chris Bumstead using a ‘decreased’ bodybuilding cycle. Bannout believes some bodybuilders are pushing too much gear nowadays. He argued that Arnold Schwarzenegger looked his best while using only two compounds.

Bannout and Hansen recently teamed up again for another podcast, where they discussed 1980 Mr. Olympia — one of the most controversial contests in the show’s history. Ultimately, the contest was won by Arnold Schwarzenegger, who mounted a comeback after retiring in 1975.

During the latest episode of The Muscle Maturity Podcast, Hansen told Bannout that Schwarzenegger was friends with one of the promoters of 1980 Olympia, Paul Graham.

“In 1980, they decided to move it from Columbus to Sydney, Australia and it was Arnold’s friend Paul Graham, who was promoting it,” Hansen explained.

Hansen added that Arnold decided to take part in the 1980 Olympia contest because his friends, including Franco Columbo, suggested he do so.

“Arnold started training hard and the story was Franco [Columbo] and some of his friends were like, ‘man, you should just do the Olympia, you’re not promoting it this year, go win it, you know.’ So, Arnold didn’t tell anybody, and people were asking him, ‘are you doing the Olympia?’ and he was like, ‘no I’m just doing commentary for CBS television.”

“He flies over there, and the day of the contest, they have a competitors meeting… and he shows up. And everybody is like, ‘what the f–k,'”Hansen shared.

Bannout says the “Austrian Oak” had some helpful ‘allies’ at 1980 Olympia.

“Arnold had some allies. The thing is: I knew about Arnold competing. I was on the same airplane when we went to Sydney, Australia,” Samir said. “The bottom line, I knew Arnold was competing one month before. I saw him. He looked really good. Arnold looked really good. I mean two weeks before the show, I’m looking at Arnold and I’m like, ‘wow.’ I was really impressed, I was.”

Why Was Arnold Schwarzenegger ‘Off’ at 1980 Mr. Olympia?

One reason why Samir believes Arnold wasn’t at his best that year was because of a torn rotator cuff, which required the superstar to take Cortisone injections.

“People don’t understand exactly why Arnold came in a little bit off [for 1980 Olympia]. Arnold had an issue with his rotator cuff — the doctor ended up giving him Cortisone. He got injections in his shoulders, eventually, this backfired. Arnold is not used to taking much – Arnold never really abused,” says Bannout.

Samir Bannout said the Cortisone shots in Arnold’s shoulders caused him to retain more water than usual. According to Bannout, Schwarzenegger did not ‘deserve’ to win 1980 Mr. Olympia.

“On that day… I believe, now according to Arnold, which people don’t know about this issue… so Arnold wasn’t really Arnold. He didn’t peak properly. Part of that is the Cortisone shots he ended up taking in his shoulders. It affected his chemistry somewhat. It made him retain water more than usual.

I don’t know exactly what went on, if Arnold used a diuretic or not, that I do not know. All I know — Arnold was flat at that show [1980 Olympia]. He did not bounce like the real Arnold,” Bannout shared. “Personally, I felt Arnold really didn’t deserve to win.”

While many bodybuilders were upset that Schwarzenegger showed up at 1980 Olympia unannounced, Samir believes he didn’t have to tell anyone since he was a former champion.

“He didn’t really have to [tell anyone he was doing 1980 Olympia] because Arnold is Mr. Olympia and he’s qualified to do the competition,” says Samir. “His face looked too sunk in Australia, he probably lost more water than needed. That made him look slightly flat, honestly.”

“I’m not going to tell you bullshit, that Arnold deserved to win,” Samir said. “On that day I did not vote for Arnold personally. Arnold — I love you but that’s the truth.

It tells you… that something was going on,” says Samir. “What you’re telling me now is that it’s more obvious. I’m sorry Arnold… you were good. You’ve always looked good but, on that day, [you weren’t].”

Bannout and Hansen agree that Arnold Schwarzenegger’s victory wasn’t deserved. However, they both acknowledge what a potent force he was in the IFBB Pro League after returning from a period of inactivity.

To this day, no bodybuilders have been able to replicate what Schwarzenegger did in 1980 when he returned to the sport years later to win another Olympia title. In Bannout and Hansen’s opinion, this feat was only made possible because Arnold had allies within the Olympia organization at the time.