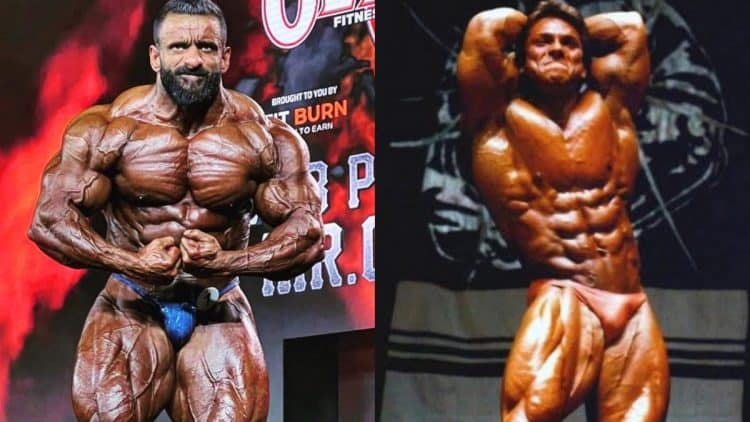 Bodybuilding veteran Rich Gaspari has experience competing at the highest level in the sport. In a recent Instagram post, Gaspari reiterated his take that modern bodybuilders lack conditioning and called on Hadi Choopan to bring back the dryness from his era.

Rich Gaspari gained attention for his shredded physique in the IFBB Pro League during the late 80s. He narrowly missed out on the top prize at Olympia contests on three occasions, falling short of the legendary eight-time winner Lee Haney from 1986-1988.

Choopan stood out as the most conditioned athlete in a division that hosts some of the freakiest mass monsters in the world. Following his victory, Gaspari compared Choopan’s lower back development with Dorian Yates.

Gaspari’s analysis caught the attention of several notable figures like the seven-time Mr. Olympia Phil Heath, who weighed in. In response to Gaspari, Hadi told him to be more professional and to consider the factors that have evolved over time.

Rich Gaspari responded to the backlash he faced by clarifying that he was offering constructive criticism and not trying to bash Choopan.

In a recent Instagram post, Rich Gaspari called on 2022 Mr. Olympia champion Hadi Choopan to improve his conditioning and bring back the level of dryness seen decades ago in the sport.

“The 2022 Olympia is over and I was floored on the controversy of comparing Dorian Yates from 1992 to Hadi Choopin from 2022. What you see is the conditioning is nowhere the same. Bodybuilders today are much bigger but they are far from being dry and ripped like the bodybuilders of the late 80’s And 90’s. I was the first to change the sport in conditioning when I won the Pro World in Columbus Ohio.

“Being so dry and ripped I had striations in my glutes. That dryness does not exist. I do believe Hadi was in better conditioning then the others but I still believe he can improve and bring that dryness back to the sport. Here are some pictures of me competing in the Olympia to see my conditioning of that era.

What do you guys want to see. Huge guys with less conditioning or striated, ripped and dry guys like Dorian or Ronnie Coleman? Let us know.”

Bodybuilding icon Arnold Schwarzenegger recently talked about some of the most elite physiques in the Open division. Schwarzenegger believes the Classic Physique category should be regarded as the true Mr. Olympia contest and argued against bigger always being better.

Bottom line, Rich believes dryness and conditioning have changed a lot since his time competing. He hopes Hadi Choopan will bring an even more conditioned package the next time he’s performing on stage.

Bodybuilder Nick Walker Shoots Down Competing at 2023 Arnold Classic: “Not This Year”

The bodybuilding community is still processing the exciting outcome of the 2022 Mr. Olympia contest. In a recent podcast, coach...