Toomey joined forces with Wells for their first day of team training ahead of the upcoming show. 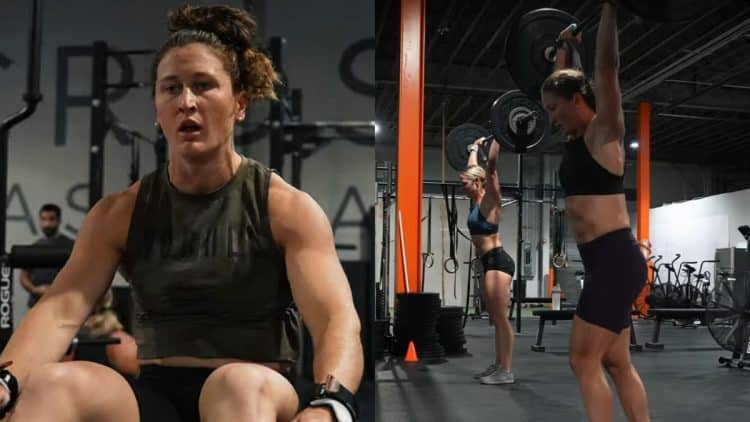 Tia-Clair Toomey is widely regarded as one of the best CrossFit athletes of all time, as she is basically unparalleled in the Individual division. However, she will be switching gears and moving to the Teams division very soon. Tia-Clair is currently preparing to participate in a team for the upcoming Down Under Championships. In a recent video uploaded on her YouTube channel, Toomey joined forces with Brooke Wells for their first day of team training.

Toomey is a decorated individual competitor and is coming off a sensational victory at the 2022 NOBULL CrossFit Games. This was a record-breaking year for her, as she became the first athlete to take the top prize six years in a row. Tia-Clair now holds the record for the most number of wins in the show’s history, previously held by Mat Fraser, five-time Fittest Man On Earth®.

Toomey chose to briefly step away from CrossFit before the games as she transitioned to bobsled with ambitions of making it to the Olympics. Her transition to bobsled meant that she had to gain weight, which ultimately hindered her CrossFit training, casting doubts over how well she would perform with very little time left. However, Tia-Clair was determined to retain her throne and got back to training in full force. She earned a second-place finish in the 2022 CrossFit Open and also came out first in all the following stages of the season, including the 2022 CrossFit Quarterfinals, 2022 Torian Pro Semifinal, and, ultimately went on to win the historic payout at the games.

Last month, Toomey got confirmed to compete at the 2022 Down Under Championship, scheduled for Nov. 18-20 at the WIN Entertainment Centre in Wollongong, New South Wales. Her inclusion in the team division will give her a chance to add another achievement to her glittering resume.

In a recent video uploaded on her YouTube account, Toomey shared her first day of team training with Brooke Wells in preparations for the upcoming 2022 Down Under Championship.

Toomey admitted she had not performed the training regimen since the final event of the Games. They paired up for a workout using a pyramid rep scheme, doing 3 rounds of the following:

Toomey and Wells also did some work on the assault bike and performed some walking barbell lunges. The ladies concluded the workout session on the exercise bike as cardio is one of the main areas Toomey wants to get better.

Tia-Clair Toomey revealed she had a back injury going into the Games and had been in recovery after. Given her recent update, it looks like she is on the way to getting back to her best form.