Be careful who you trust...Zach Charlesworth's buddies said they were going swimming but instead made him compete at a bodybuilding show. 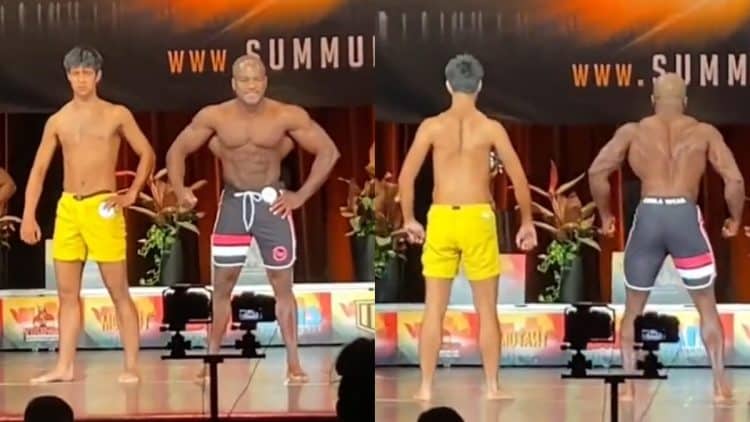 TikTok has become the new platform for content creators to break through into the mainstream. In a recent clip uploaded by TikToker Zach Charlesworth, he ended up competing in a bodybuilding show as a part of a stunt.

Fitness influencers have found their new home on TikTok. There are some who capture fame from insane lifts but there are others who find popularity after performing crazy stunts. Social media sensation and bodybuilder Bradley Martyn has amassed a huge following in the space with his ridiculous feats of strength.

Martyn recently made rounds on the internet after his latest gym stunt, involving bench pressing a young woman who’s standing on the plate and performing a squat.  It ended up going awry. The plate went off balance and hit Martyn right in the face followed by the woman kicking him in the jaw. Martyn needed to get 10 stitches inside his mouth after the incident.

Female fitness influencer Alice Elizabeth made headlines for her impressive strength as well. She recorded herself deadlifting 264.5 pounds (120kg) for six reps, leaving the male gym-goers in the room speechless.

For Charlesworth, it was neither a crazy stunt gone wrong nor a massive show of strength. It was his participation in a bodybuilding competition that he was clearly not prepared for.

In a recent video posted on TikTok, Zach Charlesworth shared how he accidentally ended up at a bodybuilding show after his friends told him they were just going to go swimming.

“My friends told me we were going swimming,” he wrote in the video.

Check out the full TikTok video below:

Charlesworth, who is not a professional bodybuilder, took to the stage with a physique that was far from stage ready. He stood against some Men’s Physique competitors at the Montreal Summum Classic.

While the stunt was certainly funny, in the end, IFBB competitor Eric Rice finished in first place at the show. He now has his eyes set on the Canadian Nationals.

RELATED: Joey Swoll Reacts to Female TikToker Who Flipped Out on Gym-goer After Leaving Squat Machine for a Few Minutes

Despite not winning the show, the TikToker was content with his impromptu performance. In the end, Charlesworth went viral for the hilarious incident, with over 24.7 million views and nearly six million likes on TikTok so far.