The young Russian mass monster 'Good Vito' is determined to have an impactful year in bodybuilding after moving to Brazil. 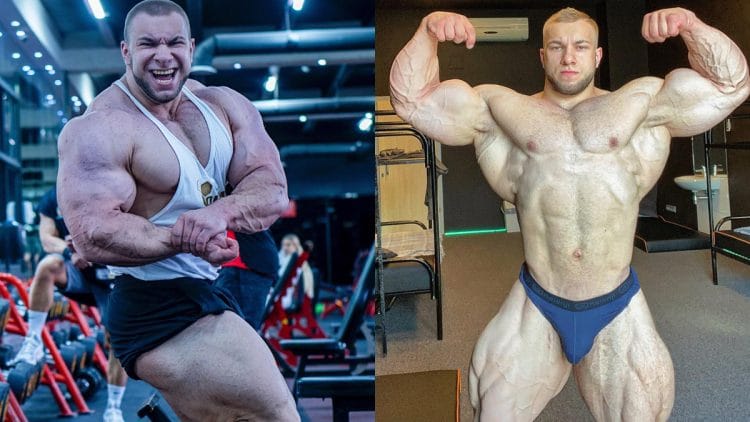 With aspirations to become the best bodybuilder in the world, Vitaliy Ugolnikov, popularly known as ‘Good Vito’ is moving to Brazil to further his quest. After making the move to a new country, ‘Good Vito’ intends to improve his physique while training in the offseason.

Ugolnikov’s time competing in the IFBB Pro Elite league triggered curiosity as many wondered when he might make the transition into a new competitive landscape. In Dec. 2021, he switched to NPC bodybuilding with the intention of one day earning his Pro card to compete in the IFBB Pro League.

Ugolnikov’s size and proportions are some of his strongest assets, and given his young age, ‘Good Vito’ appears to be one of the more promising prospects in the sport. Being a successful bodybuilder not only takes an incredible physique, but athletes must train properly and monitor their diet in order to reach the top of the sport.

Muscle mass and an aesthetic physique aren’t the only characteristics important to winning a bodybuilding show. Effective posing and impressing the judges are paramount factors essential to earning a first place trophy. Of course, performing outside of comfort zones play a role, and ‘Good Vito’ is embracing that challenge head-on. With his recent move to Brazil, Ugolnikov is starting anew and plans to bring a whole new look to his next sanctioned competition.

In a recent post made on Instagram, ‘Good Vito’ shares two clips. In the first video, Ugolnikov hits lat pulldowns for 4 reps. He then switches to dumbbell curls for 10 reps, 5 reps on each arm.

“Friends, I arrived in Brazil, thanks for the hospitality. I will make a video in Portuguese. What are u interested to know? I came to Brazil, my goal is to improve my form and present it on pro tournaments. @ugrinovv and I have a lot of work to do. In the near future, I will tell you more about my moving and the general plans for preparation. In the meantime, you can write your questions in the comments, I’ll try to answer them.” GoodVito posted. (translated)

Continuing to make gains outside of competition, Ugolnikov has clearly added mass to his physique. His back looks noticeably bigger, and his chest and biceps also look to have increased in size. Fortunately, ‘Good Vito’ shares physique updates on social media often. While ‘Good Vito’ has done an excellent job maintaining his size, it looks like he’s been making improvements to his conditioning as well. Critics have echoed that Ugolnikov’s physique could be photoshopped, but the bodybuilder fired back with a video refuting those claims.

‘Good Vito’ has amassed a huge social media following since embarking on his bodybuilding career. He carries an insane amount of muscle and has drawn comparisons early in his bodybuilding tenure to 2021 Arnold Classic winner Nick Walker. Similar to Walker, Ugolnikov prioritizes overall size and possesses the same ‘wow factor’ as “The Mutant”. There is no denying that ‘Good Vito’ has emerged as an athlete to watch given his shocking muscularity.

It is unclear when ‘Good Vito’ will be back on stage, but perhaps the recent move will enable him to compete at more shows in due time. After moving to Brazil, Ugolnikov is determined to have an impactful year in bodybuilding.