Hafthor Bjornsson will be making his boxing debut against Steven Ward on January 15th, here is how you can watch the fight live 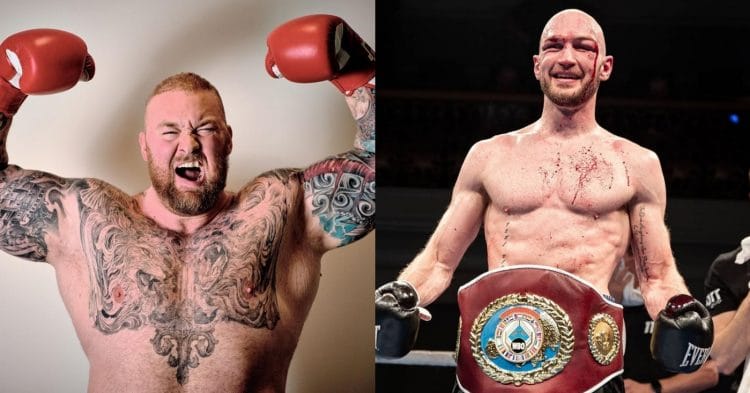 Fan-favorite strongman Hafthor Bjornsson is having his first boxing match this weekend, as he takes on Steven Ward. This is how you can watch this exhibition match online for free.

When Bjornsson announced that he was looking to box Eddie Hall after setting the world record for heaviest deadlift ever, fans were shocked. Nevertheless he has retired from strongman to focus on his standup training.

The results have been impressive to say the least, as the Mountain looks better with every session and appears to be in the best shape of his life. However there was one thing Thor did not have: boxing experience.

So he decided to change this, by taking a few exhibition matches between now and his September matchup against Hall. The first of these, will be an exhibition fight against prober Steven Ward.

How To Watch Hafthor Bjornsson vs Steven Ward

Hafthor Bjornsson vs Steven Ward will be an exhibition match with three, three-minute rounds. The bout will take place in Dubai, on January 15th, but it will not stream until the following day.

There are three ways to watch this boxing match, as well as the other fights set to be on the card. Starting at 2:00pm EST, fans can watch the action through the following channels:

The fight will have a full commentary team, including UFC Hall of Famer Bas Rutten. Alongside him are Carl Frampton, MBE, and Chris Lloyd. There will be several other fights on the card, the details of which have not been revealed.

Everything You Need To Know

This is the first of what is expected to be several fights leading up to Hafthor Bjornsson vs Eddie Hall. With it being an exhibition match, neither man will have the result added to their records.

Standing across the ring from Thor will be Steven Ward, a cruiserweight boxer with a record of 13-1. He is coming off a September win in the pro boxing world, and will be both significantly shorter and lighter than Bjornsson.

Originally the fight was expected to take place in Iceland, where Bjornsson is from. However growing restrictions from the global pandemic left them no choice but to move the contest to Dubai instead.

While this is a fight that Thor is certainly taking seriously, it is clear that there is no bad blood between the two men. They were even seen posing for pictures together ahead of the fight.

Stay tuned to Fitness Volt for updates and results from Hafthor Bjornsson vs Steven Ward.