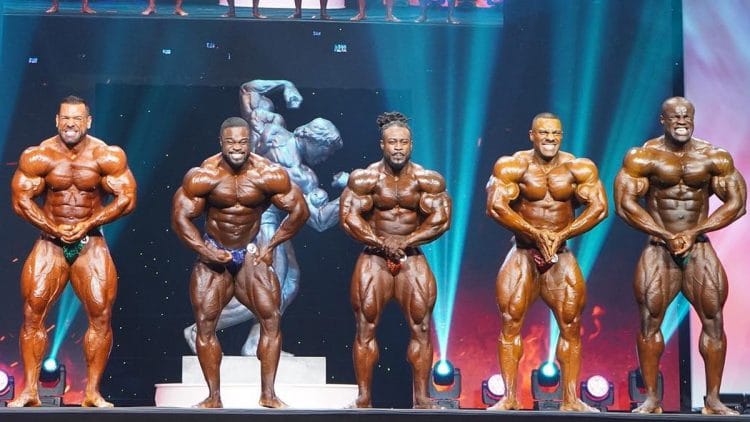 The 34th edition of the Arnold Classic USA is currently underway (on Mar. 4, 2022, from 7 p.m) in Columbus, OH. The Arnold Sports Festival 2022 is scheduled between Mar. 3-6 at the Battelle Grand Ballroom of the Columbus Convention Center.

Considered the second biggest bodybuilding show — behind the prestigious Mr. Olympia — the AC has the attention of the entire bodybuilding industry.

Going into the show, William Bonac and Brandon Curry are considered the frontrunners for the 2022 AC throne. To get you up to speed, Bonac and Curry have a long-standing feud between them. Curry beat Bonac at the 2019 AC and Mr. O to win both the titles. However, the other bodybuilders shouldn’t be ruled out so quickly.

Steve Kuclo looks in the best shape of his life. His vascularity and conditioning are on another level. He took third place at the 2021 Arnold Classic. With Nick Walker (first place) and Ian Valliere (second place) sitting this competition out, Kuclo is a solid contender to take the 2022 AC podium.

Regan Grimes is another prominent candidate for the title and is having a great bodybuilding season. Grimes finished second at the 2021 Legion Sports Fest and won the 2021 KO Pro Show to earn a qualification for the 2022 Mr. Olympia.

Now that the pre-judging round for the 2022 Arnold Classic Men’s Division is done, here is what we think:

Although the judges continuously shuffled around the contestants, Curry and Bonac were in the center for most of their pre-judging callouts which makes us believe that both of the athletes could take the podium on Mar. 5, 2022.

Justin Rodriguez stood out in the pre-judging round. His back double bicep pose out shadowed his competition and could make him a frontrunner for the 2022 AC trophy.

Notably, fans were expecting Regan Grimes to be in the first callout since he was coming to the 2022 AC with a pro show win and looked great in his Instagram progress update photos ahead of the AC

Kuclo, Bonac, Curry, and Justin Rodriguez were in the final callout which could mean that the judges are considering them for the top four positions.

Notably, Samson Dauda was missing in the final callout. However, he should not be ruled out. His conditioning and shape could upset Kuclo and Rodriguez for a podium finish.

William Bonac appeared in great shape in the pre-judging round. He seems to have regained his rhythm and could disappoint Curry for the title win.

Brett “The Butcher” Wilkin has put on considerable size working with his coach Matt Jansen. Wilkin still needs to earn a qualification to compete at bodybuilding’s biggest stage in Dec. 2022 and will be pushing himself hard for the finals on Mar. 5, 2022.

Brett Wilkins was one of the most talked-about bodybuilders going into the 2022 Arnold Classic. Although Wilkin was in the first callout, he was missing in the top four action. Judges called him out with Dauda later in the pre-judging round — probably for the fifth-place contention.

It should be noted that it was just the pre-judging round and many things could change at the finals on Mar. 5, 2022.

The 2022 AC Men’s Open division finals are scheduled for Saturday, Mar. 5, 2022, from 7:00 p.m.-10:00 p.m at the Battelle Grand Ballroom, Columbus Convention Center. You could also tune into the Arnold Classic finals live on pay-per-view via Fanmio.

FitnessVolt is bringing you the latest updates from the 2022 Arnold Classic weekend. Stay up-to-date by tuning into FitnessVolt.com/Arnold-classic.

More than forty years after he retired from the bodybuilding stage, Arnold Schwarzenegger remains the most popular bodybuilder on the...