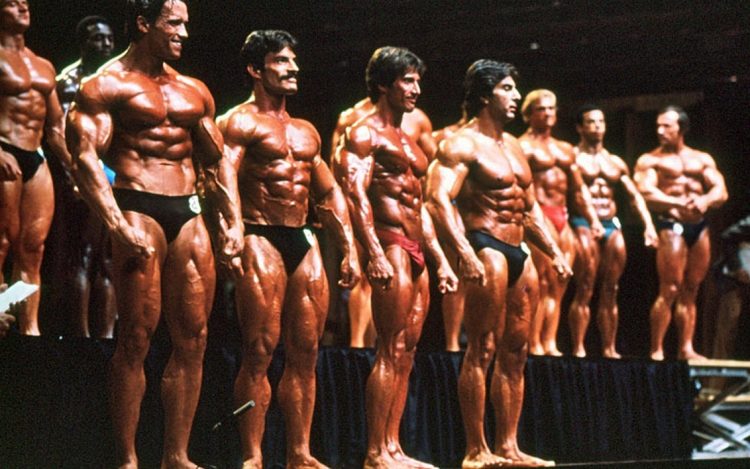 When bodybuilding was just beginning to evolve as a ‘sport’, the approach to gaining muscle mass was to get massively big and fat in the off-season, which usually resulted in massive strength increases as well. This strategy was known as bulking. Then when it came time to show off all that hard-earned muscle that was hidden under a heavy blanket of fat, it was time to diet, or cut. It is still done in the modern era, but is much less popular.

This strategy involved the same type of thought process regardless of whether it was bulking, or cutting time. Bodybuilders would train like maniacs, and cram as many calories down their throats as possible in an attempt to grow as big and strong as was humanly possible. Then they would follow this up with an extremely restrictive diet, that was completed in much too short a time frame to be entirely effective, and cut up for the stage. There are stories of guys bulking up to over 300 pounds before dropping to 185 pounds for their contest. In the modern era bodybuilders can take as long as six months to prep for a show, whereas during the bulk and cut era, three months was likely the longest anyone dieted for.

As I stated in the first paragraph, this strategy is still employed but mostly with recreational bodybuilders. The reality is that all of those extra calories mean more body fat, not more muscle. Serious bodybuilders know that dieting is hard work, and the restriction of calories compromises muscle size, so the wise method is to stay relatively lean while focusing on growth.

There is definitely something to be said for this tactic though. The amazing thing is that if you look at some of the bodybuilders who employed this technique during the 80’s and 90’s, they look pretty amazing. They obviously did it because it worked. As long as the bodybuilder is somewhat scientific in the approach to the diet, then it can be done without too much muscle loss. The stress on the body is another issue that I’m not going to get into. Not to mention, who doesn’t enjoy allowing themselves to eat entirely freely? Those who get into bodybuilding usually are good at two things: lifting heavy things and eating large quantities.

While occasionally effective, the bulk and cut strategy can be disastrous as well. Biological limits to both the rate of muscle gain as well as the maximum amount of muscle a natural lifter can carry means that there is going to be a limit to what can be gained on a day by day basis, and there will be an upper limit as well. Beyond that, every extra calorie is going to be stored as body fat. This is definitely far from the ideal plan for the natural bodybuilder or athlete to gain muscle size and density.

Athletes rarely can allow themselves to get that fat as their ability to perform will dissipate, and rarely are coaches pleased to see one of their players letting themselves get out of shape. Gaining fat while also growing a larger quantity of muscle mass means that for the bodybuilder, it’s going to take that much longer to diet down to stage conditioning levels.

Even for non-competitive bodybuilders that are training for reasons of aesthetics, which in all honesty is a big factor for most of us, getting excessively fat for part of the year doesn’t make a lot of sense. I personally don’t understand the strategy of training every year for the summer, and the rest of the year is the ‘off season’, but that’s another post. If you’re training because you want to look great, getting really chubby is not smart. That’s on top of other potential negatives such as stretch marks and the potential to permanently increase the bodies set point, which will make it harder to get lean and stay lean when you diet down.

There may be one exception, and that is in the case of the extreme ectomorph. I’m referring to a very bone skinny person that has an extremely hard time putting on any kind of muscle. In this particular case it may be worth risking the fat gain in order to gain the muscle, because lean gaining is probably not an option. For most part the negatives, excess fat in this case, will outweigh the positives, or increased muscle size. Unless you’re a sumo wrestler or you play football and your position calls for sheer body weight, then this is not the best way to achieve the physique you are aiming for.