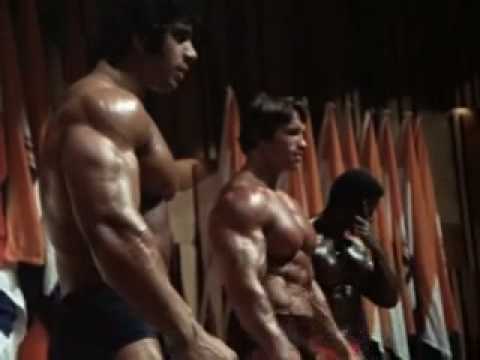 There is a form of training I believe many people haven’t heard much about. It’s definitely not something seen often in the gym, but research has shown it to be quite effective. That method of training is called occlusion training. Occlusion training is where you restrict the blood flow return from your muscle during resistance training. I know what you are thinking, doesn’t that sound like the opposite of what you should do? One would think, but that doesn’t appear to be the case based on quite a bit of available research which shows it to be a useful tool for strength and hypertrophy. (1, 2)

There are several benefits from incorporating occlusion training to your routine. When you restrict blood flow you are able to use much lower weight while still allowing strong anabolic responses. Occlusion training can increase strength and size by using as little as 20% of your 1 rep max. Research has shown 20% during occlusion matches approximately 65% of your 1 rep max during standard resistance training. (3) Research has also shown the ever important muscle-protein synthesis and mTOR signaling is increased when blood flow is restricted. (4)

Occlusion training works by creating an anabolic response by targeting fast twitch muscle fibers. Fast twitch fibers, which are the biggest muscle fibers and have the greatest potential for growth, are recruited last because they are mostly anaerobic whereas slow twitch fibers are recruited first while there is still plenty of oxygen. Occlusion training pre-fatigues the slow twitch muscle fibers and forces the fast twitch fibers to handle the load even at low intensities. This is how your muscles get that similar effect to heavier training at much lower loads that I discussed earlier.

Since occlusion training demands you cut off the blood flow from the veins you are limited to which muscles you can use this type of training on meaning your arms and legs. You can use a pressure cuff much like you would when getting your blood pressure checked or you can simply use knee wraps.

You want to wrap 60-70% of maximum tightness. Much less and you won’t be restricting blood flow and much more and you’ll be restricting blood flow to the arteries. To occlude your forearms or calves wrap just below the elbow and knee and to occlude your thighs/biceps/triceps wrap just above those muscles at the narrowest point, as in with arms at the narrowest point between the biceps and shoulder. It is imperative that you wrap directly around in a circular manner on a narrow area. Wrapping in a wider area puts you at risk for occluding the arteries.

There is one small detail I have not covered yet. Occlusion training is extremely painful. It’s not for the faint of heart and it will test your will. If you have a hard time dealing with pain during a working set this method is not for you. Otherwise try it for 3-4 sets on whichever exercise you want to try it on. Perform the sets until failure, keeping the rest periods short, around 30-60 seconds while keeping the wraps on the entire time. When finished take the wraps off to restore blood flow. If it wasn’t extremely painful, you probably didn’t have it wrapped tight enough. It’s not a bad idea to ease into it by simply trying to walk with your thighs occluded just to get a feeling for it. In fact research by Abe et al showed subjects doing nothing but walking occluded gained strength and size. (5)

This form of training can be especially useful for anyone currently working in a deload or trying to work around an injury or even the elderly who may not be able to handle heavy loads. (6) Occlusion training allows you to still work your muscles hard while giving your tendons, ligaments and joints a rest. In my opinion it’s not a form of training to be used to replace typical resistance training but can be a useful tool to add into a routine. Make sure you check with a medical professional before you start a form of training like this to be sure it’s safe for you. If done correctly it can be a very effective tool used in appropriate situation. It’s not something I would recommend to be used too frequently because although it appears to be safe, more research needs to be done to see what kind of effects long-term use would have. (7)

Women Why Waste Your Time?