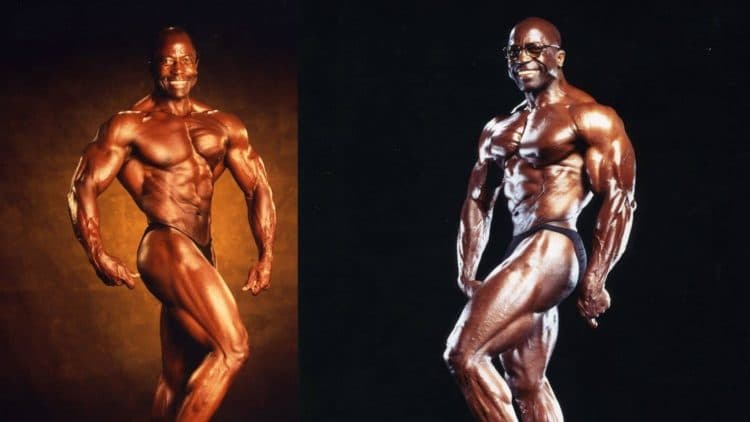 Jim (true name James Morris) has trained people for over 50 years and started designing fitness programs in 1954 at the Central Queens YMCA in New York.

He had just gained 35 lbs of pure muscle in 3 months, and people wanted to know how he did it. He was very successful and started an Olympic weightlifting team that won state competitions.

In 1969 he moved to LA to learn from Bill Pearl, the 4-time Mr. Universe and bodybuilding legend who taught him the mechanism of training himself and training others.

From 1978 to 1985 Jim ran his own gym in West Hollywood and attracted many competing bodybuilders including Larry Jackson, James Joseph, and Bob Paris to train at his gym. In 1985 he decided to become vegetarian at age 50.

Also in 1973, Jim met Elton John at a party in Hollywood, and this encounter led Jim to become Elton John’s personal bodyguard for the next 15 years. In 1996 he came out of retirement to compete in the Mr. Olympia Masters and won in the 60s age group when he was 61. He was looking back on a 30-year competitive career at that point.

Jim lives in Venice, Ca with his dog Hope, who was formerly owned by Joe Gold. She came to live with Jim when Joe died in 2004. Jim is a personal trainer and trains his clients at Gold’s Gym in Venice. For a complete biography visit his fantastic website at gymmorris.com.