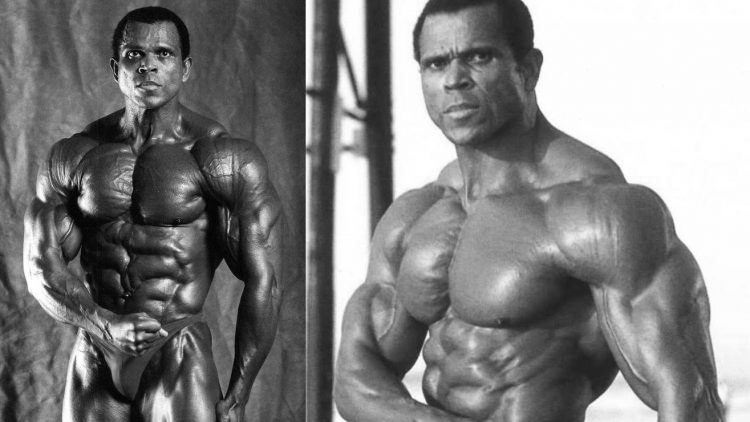 Serge Nubret was born on the 6th of October 1938 in Anse-Bertrand, Guadeloupe. After a happy childhood, running around and playing in the fresh air of such an environment, he moved to France to pursue his scholarship, he was 12 years old. Soon enough, he became aware of his exceptional potential for athletics. Thus, in 1958, back in Guadeloupe after accounting studies, he decided to dedicate himself to bodybuilding which was to become, in his own words, his “reason of being”. Gifted with real artistic aptitudes, Serge Nubret was then ready to fulfil his potential of becoming the “sculptor of his own body“.

All were amazed and perplexed when he started to talk about his intention to become a world champion after only 2 years of training. Living up to his words, in 1960 he became the IFBB World Most Muscular Man in Montreal. From this day forward, this exceptional athlete kept improving, winning the most prestigious titles including NABBA Mr. Universe in 1976 (London), Mr. World WBBG and Mr. Olympus in 1977 (New York) and another World champion title in 1981 (Geneva). In 1982, 22 years after his first world class achievement, further demonstrating his lifetime dedication, he became the WABBA World Champion in Rome, winning his fifth major title. In 2003, Serge Nubret offered a stunning last show to his public during the World championships in France (Gravelines)… He was 65 years old!

Additionally to being recognized by experts, peers and fans as a reference in the bodybuilding field, Serge Nubret has also dedicated himself to development and promotion of Bodybuilding. He became the head of the France and Europe IFBB bodybuilding federation from 1970 to 1975. He is also the founder of the WABBA since 1976 with one objective in mind: ensuring that affiliated athletes receive the best support via representing organisms. The cinema could not miss out on such a character. Thus, Serge Nubret featured in 25 movies including,  with Giuliano GEMMA (1961)  Cesar et Rosalie with Romy Schneider and Yves Montand (1972) and Le Professionnel with Jean-Paul Belmondo (1981). Serge Nubret remains one of the most significant figure and for lots of bodybuilders, he represents the out-of-the-box aesthetic reference. His legacy is well alive, witnessing the Golden Age of bodybuilding when balance and harmony were keys to all achievements.

A second work is a 400+ page autobiography entitled Seventy Years Young. At the time of release (April 2009), it was learned that Serge Nubret suffered a stroke in Paris, France. In March 2009, Nubret fell into a coma, and remained in a persistent vegetative state until his death on 19 April 2011 of natural causes at the age of 72.