Georges St-Pierre fought in his first after a 4-year layoff and he was successful in besting Michael Bisping for the UFC Middleweight Championship at UFC 217, via third-round submission.

GSP retired from the sport in 2013, relinquishing the UFC Welterweight Championship that he had defended nine consecutive times after a narrow victory over Johny Hendricks. His last loss was back in 2007 when Matt Serra knocked him out. Today he got revenge on Serra and also beat everybody of note in the division.

What a return for GSP!

GSP entered the octagon to thunderous applause and started by working behind the jab to assault the leg of his opponent, but Bisping landed a flush right hand to keep him honest. GSP scored a single leg takedown, but Bisping quickly returned to his feet. GSP almost scored a takedown in the first 30 seconds of the 3rd round, but Bisping busted him open with some slicing elbows. A bloodied GSP bailed on the top position and to try his luck on the feet. A flush left hook dropped Bisping to the canvas, GSP swarmed him on the ground and dropped elbow after elbow but there was no quit in Bisping, who rolled away from the strikes. St-Pierre then seized the technical rear-naked choke to get the victory to become middleweight champion.

If it wasn't real for you before, IT'S REAL NOW.@GeorgesStPierre is BACK in the Octagon!! #UFC217 pic.twitter.com/mJGfEAiyET

Watch GSP drop Bisping with this bolo of a left hook:

It's been 4 years since UFC gold has been around his waist. #AndNew @GeorgesStPierre pic.twitter.com/si3UXeWyi7

He’s now 26-2 as a professional and it will be interesting to see where things go from here.

Bisping is now, at 30-8 with an already successful broadcasting career on the side, it will be interesting to see where he goes. 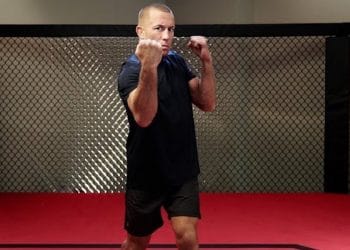 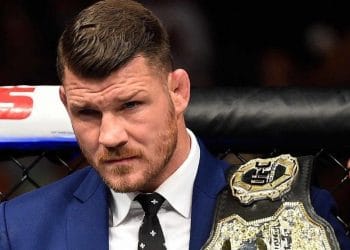 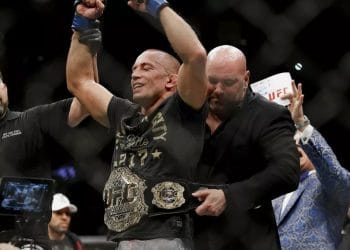 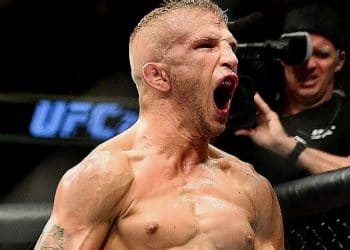 T.J. Dillashaw has reclaimed his UFC Bantamweight Championship with a second-round knockout on UFC 217: Bisping vs. St-Pierre. The co-main... 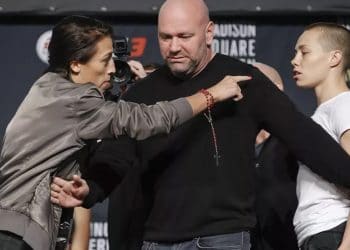