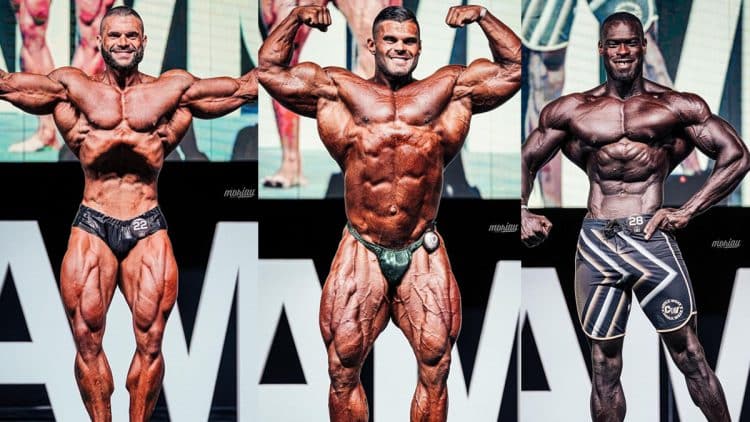 This weekend (September 10, 2022) saw the 2022 Yamamoto Nutrition Pro take place in Padua, Italy. A total of four divisions were featured at this Olympia qualifier. Bodybuilding competitors from Men’s Open, Classic Physique, Men’s Physique and Bikini brought their best packages possible in hopes of securing a coveted invitation to the biggest bodybuilding event of the year — 2022 Mr. Olympia.

Joe Weider’s 58th annual 2022 Mr. Olympia contest will take place from December 15th – 18th, in Las Vegas, Nevada. You can find a full list of those qualified for the contest here. Athletes have the opportunity to earn invitations to this event until November 20, 2022. With only a few months left to qualify for the prestigious contest, each and every Olympia qualifier is important at this stage of the season.

Find a full list of winners from the Yamamoto Nutrition Pro below:

Andrea Muzi was another big name in the mix. In the early part of this year, he consistently competed in shows like 2022 Chicago Pro, 2022 Mr. Big Evolution Pro, 2022 Puerto Rico Pro, 2022 Toronto Pro Supershow, and 2022 IFBB California State Pro. He’s been in the top five in all of them. The challenge he had for Yamamoto Pro was a bit tougher, and he ended up placing third in the race.

Heading into this weekend’s show, Mohamed El Eman attracted attention due to his well-developed lower body. Specifically, his feathered quads stood out as one of his strongest attributes on stage.

In addition to El Eman, many fans were highly anticipating the return of Vladyslav Suhoruchko. Known for razor-sharp conditioning, Suhoruchko brought a balanced package to the stage this weekend.

Vlad turned in a fifth-place finish at the 2022 Mr. Big Man Evolution Pro recently. After a closely contested battle, Vladyslav Suhoruchko won the Men’s Open 2022 Yamamoto Nutrition Pro title and earned his invitation to compete at the upcoming Olympia contest.

Fans were eager to see which Classic Physique competitor would earn their invitation to Olympia this winter. Christian Zagarella was a name to watch given the flow of his physique. His impressive chest development and balanced lower body always make him an imposing threat.

Valeri Enchev’s granite conditioning made him an extremely tough opponent to deal with this weekend. His abs and biceps stood out on stage, and he pushed Zagarella to his limits. Despite a close contest, Christian Zagarella got his hand raised, and earned an invitation to 2022 Mr. Olympia. 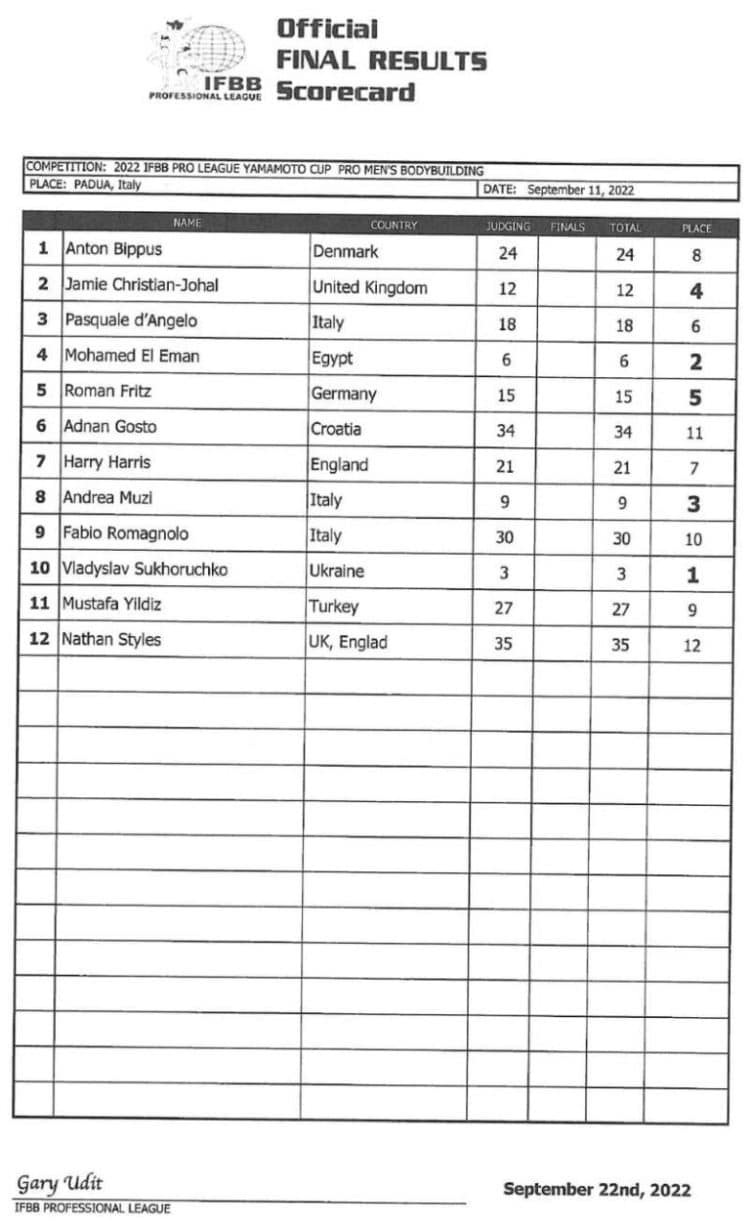 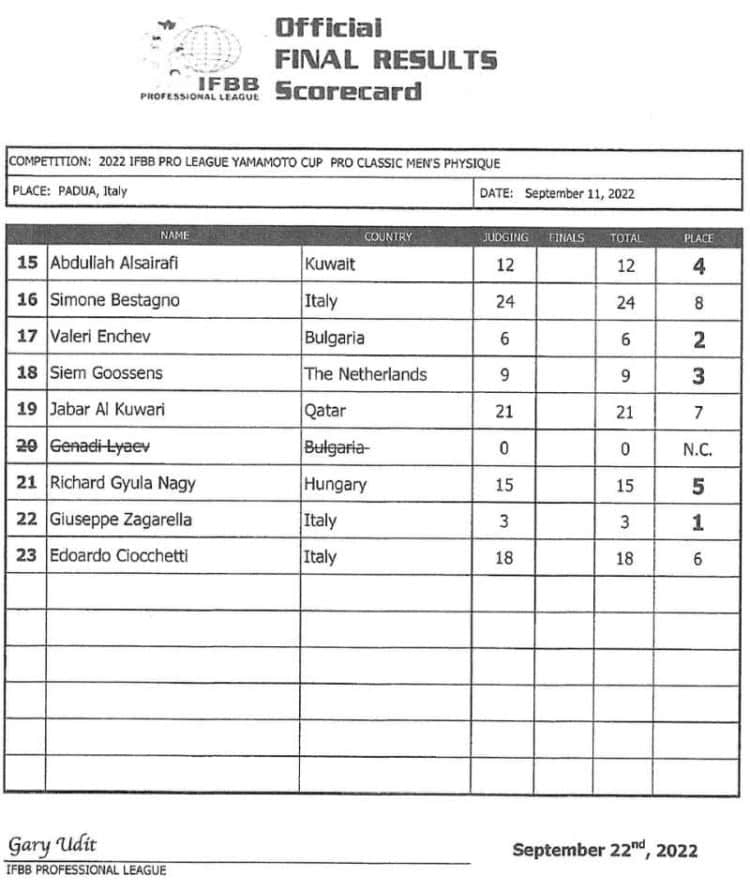 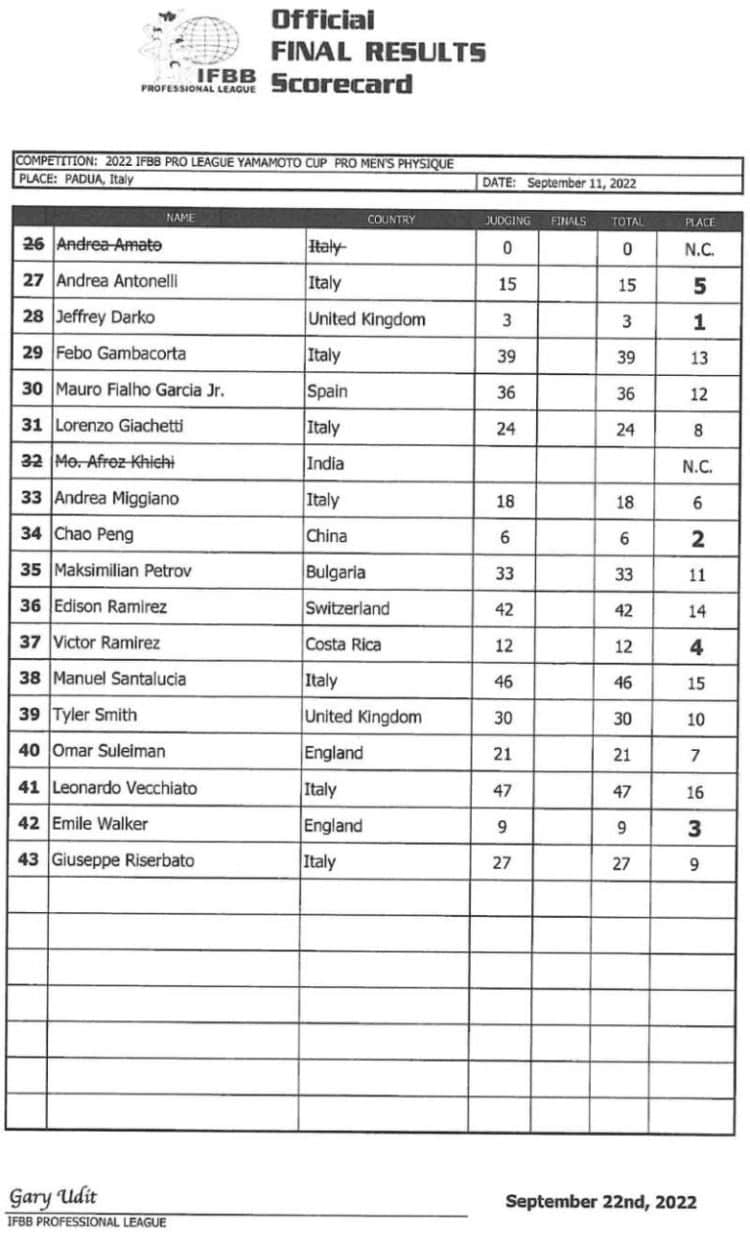 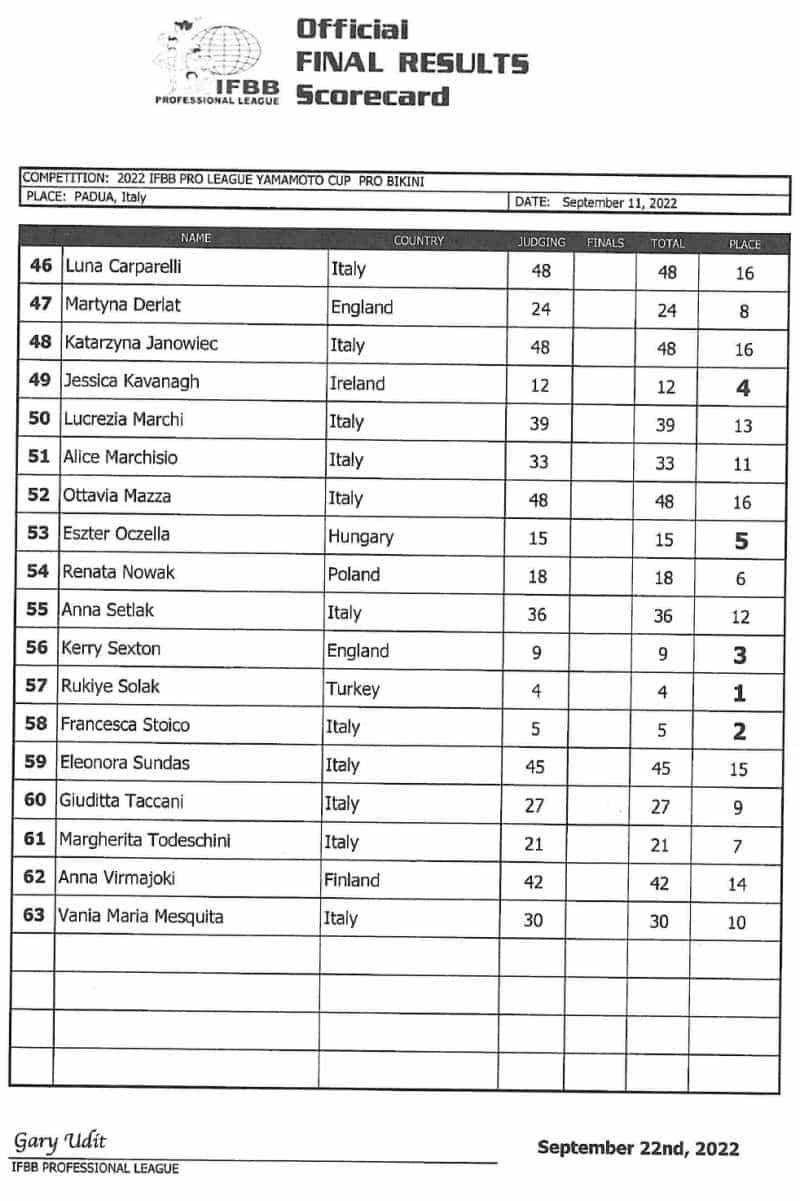 Anticipation for the biggest show of the year continues to build. Fitness Volt would like to congratulate the winners on their major victories at the 2022 Yamamoto Nutrition Pro.