"The Impaler" is shredded to the bone and plans to earn his 2022 Mr. Olympia invitation this weekend in Portugal. 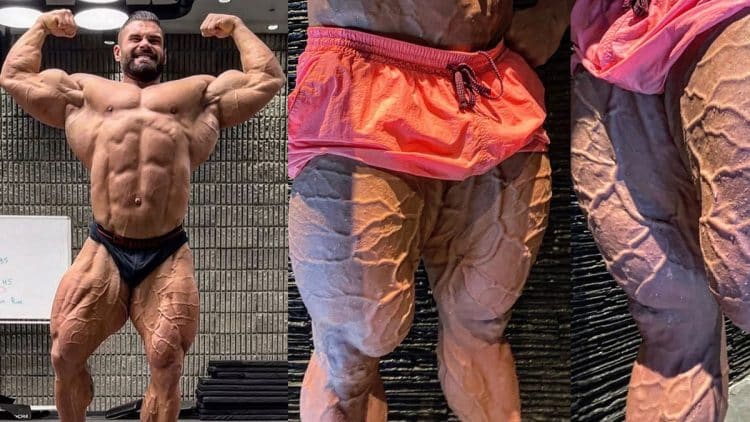 Brimming with potential as a Men’s Open bodybuilder, Vlad Suhoruchko is turning heads ahead of his anticipated return to the stage. In a recent update, Suhoruchko gave fans a teaser of the package he plans to bring to the 2022 Mr. Big Evolution Pro in six days.

The Ukrainian bodybuilder proved he could compete with elite-level talent in 2020, a year that saw him earn second place at the Romania Muscle Fest Pro behind champion Regan Grimes. Capitalizing on momentum from the year prior, he placed fourth at the 2021 Portugal Pro and at the Europa Spain Pro.

These performances earned Suhoruchko enough points to qualify to compete at Mr. Olympia in 2021. Unfortunately, his ambitious plans were put on ice after visa issues prevented the bodybuilder from attending the event. Despite being unable to travel, the Men’s Open Pro made it clear that his intentions are to bring an even better package to the show when it takes place in Las Vegas, NV., from Dec. 16th – 18th, later this year.

Vlad Suhoruchko sent a warning shot to all of his opponents by showing off some incredible peak week vascularity in his legs six days from the 2022 Mr. Big Evolution Pro.

Keeping fans up to date on his progress this season, Suhoruchko wrote that he was weighing 124-kilogram (273.3-pound) earlier this week before eating. Even without a pump, the Ukrainian native looks shredded with evenly balanced proportions ahead of his first show of the year.

“The Impaler” will have his hands full when he takes to the stage this weekend. Croatian mass-monster Petar Klančir is hungry for redemption after failing to earn his Olympia invitation his last time out. Similar to Vlad, Klančir struggled with visa issues in the past. Despite the obstacles, the colossal Men’s Open Pro finally made an appearance on the west coast at the 2022 California Pro but finished the show in fifth place.

Another top name in the way of Suhoruchko is Andrea Presti, who has already notched a busy season this year. Presti came incredibly close to earning the 2022 New York Pro crown but was out conditioned by the winner, Blessing Awodibu.

Presti joined Klančir at the California Pro in May but was unable to dial in last-minute preparations and finished the show in seventh place. Following another runner-up performance at the 2022 Orlando Pro, Presti is determined to leave no doubt with the judges when he battles against Suhoruchko in just a few days.

RELATED: WATCH: How to Eat For More Vascularity

Displaying some of the craziest vascularity the sport has seen, Suhoruchko has a unique look and is eager to wow the judges this weekend. Should Suhoruchko secure the victory at the 2022 Mr. Big Evolution Pro show, the Mr. Olympia contest will have a new contender on its hands.