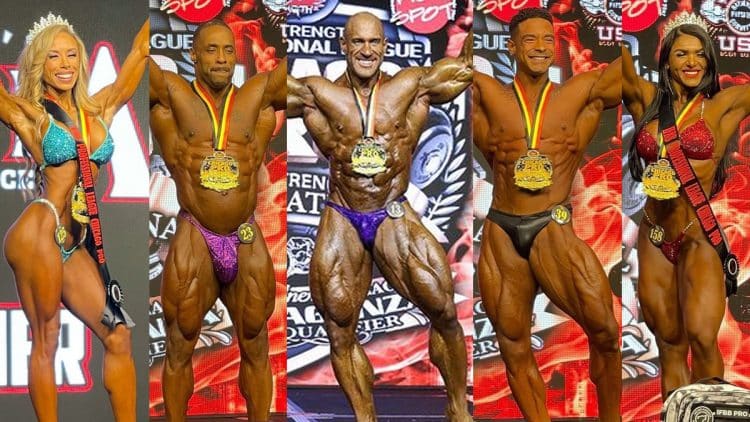 The 2022 Chicago Pro wrapped up with a number of winners being crowned, earning their invitations to 2022 Olympia. Check out the results and official scorecards below:

There are a total of 13 athletes competing at the Chicago Pro in the Men’s Open division this weekend. Canada’s Antoine Vaillant is back in action after placing second to Iain Valliere at the 2022 Vancouver Pro. Valliere opted not to compete this weekend after earning his Olympia qualification after getting the victory in Vancouver. Aiming to capture his invitation to Olympia this winter, Vaillant will be tasked with facing a tough lineup of competitors.

While Hunter Labrada won the Chicago Pro last year, he won’t be defending his title this weekend because he earned his Olympia qualification with a fourth-place performance at the 2021 Mr. Olympia contest last year, which means a new winner is guaranteed to be crowned at this event.

Bodybuilder Andrea Muzi is expected to push Vaillant on stage. He earned fourth place at the 2022 California State Pro back in May, an event which was won by champion Charles Griffen. Then earned fourth again at the 2022 Puerto Rico Pro, a contest won by Hassan Mostafa.

Muzi brought his best package possible to the Toronto Pro Supershow a week later and earned third place. Staying active this year, Muzi was runner-up at the 2022 Mr. Big Evolution show in Portugal. Should Muzi continue to rack up points by placing high at different shows, he will no doubt earn a qualification to Olympia for later this year.

By the end of the contest, Antoine Valliant won gold, earning his invitation to Olympia later this year.

Going into the event, many fans had their eyes on Peter Castella. He competed at two IFBB Pro League shows last year. Castella competed at the 2021 Indy Pro and turned in an 11th place performance. Before calling it a season, the bodybuilder earned eighth place at the 2021 New York Pro.

Dectric Bo Lewis also returned to action this weekend. He brought impressive muscle separation and an improved package from last year. The bodybuilder gained notoriety in 2021 after earning second place at the New York Pro. After a heated battle on stage, Dectric Bo Lewis walked away with the victory.

Tommy Clark is an established presence in the IFBB’s Classic Physique class. He pushed the pace last year with an incredibly busy schedule, competing at seven shows. After his first four events, he dialed in his preparations and earned the 2021 Lenda Murray Atlanta Pro Classic Physique title. Earning a qualification to Olympia as a result of this victory, he placed second at the Kentucky Muscle Pro before placing 16th at 2021 Olympia.

Anticipation for the biggest show of the year continues to build. Fitness Volt would like to congratulate the winners on their major victories at the 2022 Chicago Pro.