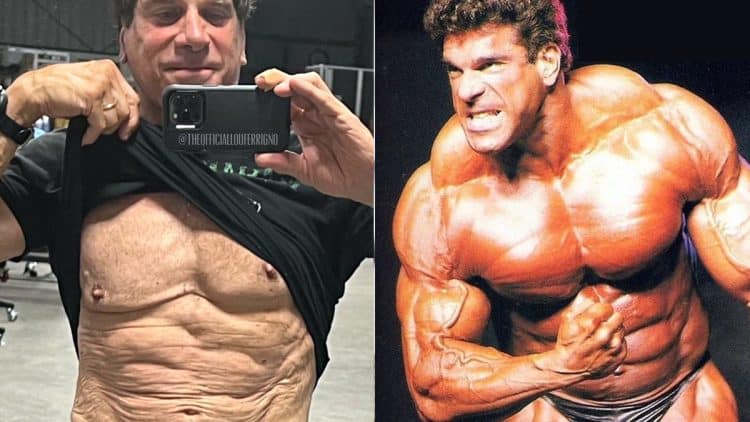 Legendary bodybuilder Lou Ferrigno is widely regarded as one of the most successful athletes the sport has seen. He played a vital role in the growth of bodybuilding. In a recent post made on Instagram, Ferrigno showed off his shredded abs at almost 71 years old.

Prior to defending his title as Mr. Universe in 1974, Ferrigno had won the IFBB Mr. International title.

Ferrigno shared a fierce rivalry with fellow icon and seven-time Mr. Olympia winner Arnold Schwarzenegger, who he also trained with. He brought an incredibly jacked physique during the Golden Era of bodybuilding and won numerous shows. His gigantic size earned him two Mr. Universe titles.

Ferrigno posed a serious threat to Schwarzenegger on the Olympia stage. He was ultimately unsuccessful as the “Austrian Oak” edged him out for a second-place finish in 1974. Ferrigno returned the following year (1975) determined to take home a Sandow trophy but could not dethrone Schwarzenegger and finished third.

In 1977, Lou Ferrigno’s star power was elevated to new heights when he bagged a starring role in the popular documentary Pumping Iron, next to Schwarzenegger. The competitive storyline between the two is credited for the rise of bodybuilding in pop culture, which Lou later used to his benefit. With his gigantic build, Ferrigno secured the lead role in Marvel’s Hulk television series in the late 70s and early 80s.

He also shares workout tips with his 273K followers on Instagram. He recently argued against lifting for ego and trying to impress others and stressed focusing on proper form and technique even if it means using lighter weights.

He only competed at Mr. Olympia in 1975, finishing third behind Serge Nubret and Schwarzenegger.

In a recent post uploaded on Instagram, Ferrigno shared a physique update showing off his ripped abs at “almost” 71 years old.

“I’ve been training for 58 years. Proud to still be able to maintain my physique by staying dedicated at almost 71 years old!”

After stepping away from the spotlight, Ferrigno made headlines for getting booked to play a scary creature in the upcoming horror space flick The Hermit. This will mark his comeback to the movie industry as he portrays a murderous, cannibalistic pig farmer.

Lou Ferrigno gave insight into the training and diet he followed to maintain a shredded 300lb build during his days of competition. He revealed that he would need to eat four or five meals a day, consisting of high protein and low carbohydrates.

He also maintained a low-fat diet and did a lot of cardio to keep up with his conditioning. According to Ferrigno, it’s important to have the right mindset and determination to achieve your goals, which he believes has helped his longevity.