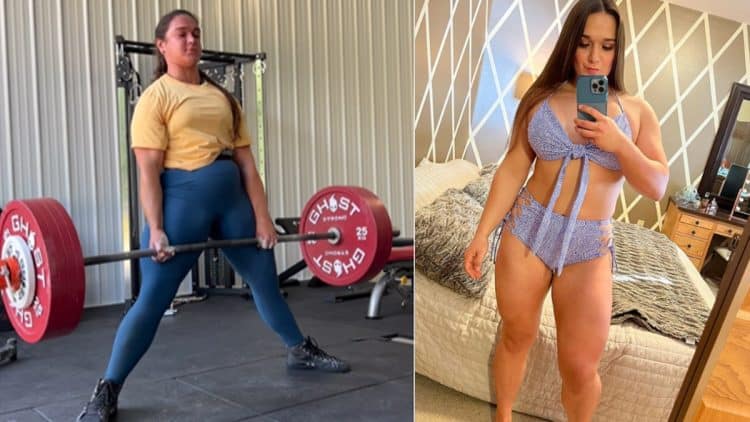 Despite being only 25 years old, Amanda Lawrence has placed herself amongst the biggest names in powerlifting. She did so by scoring and defending her IPF World Champion titles, as well as setting World Records in the process. Among those records, Amanda’s deadlift is arguably her most impressive, as she is capable of pulling some amazing weights. In addition to completing huge lifts in competition, Amanda must also demonstrate her strength and power during training by undertaking similar feats of strength. It was exactly this situation that led Lawrence to turn to Instagram on August 20th to announce her new 250-kilogram (551-pound) paused deadlift PR.

Amanda Lawrence started her training session with a 235-kilogram (518-pound) paused deadlift, then added more weight until she reached her max. Lawrence found her limit at the 250-kilogram (551-pound) mark, as it seemed that any more weight would make it too hard for her to pause the lift and then lock it out. Amanda only used a lifting belt, while her technique consisted of a sumo stance and a mixed grip.

Amanda Lawrence also placed a “#roadto600” in the caption of her Instagram post, which gives us a clear insight into her plans for the future. Lawrence already holds the U84KG IPF World Record, as she lifted 260.5 kilograms (574.3 pounds) at the 2021 IPF World Classic Powerlifting Championships. However, pulling 600 pounds (272.1 kilograms) would be a massive step up and a never-before-seen raw deadlift in the women’s division of the IPF.

Amanda Lawrence is currently in her offseason, so there is no way of knowing when she plans on competing next. It will definitely not be soon, since Amanda has had a very taxing, but also successful, season this year. She won the AMP Nationals, as well as the IPF Classic World Championships.

Amanda Lawrence has taken part in 21 sanctioned competitions during her already 6-year-long career. She has won 16 of those and is currently on an eight-win streak.

Amanda Lawrence has claimed that she has yet to display her best shape despite being a 3x IPF World Champion. Nevertheless, she hopes to reach that goal next year, enabling her to secure another title and perhaps some more records. Seeing how much she can lift on a paused deadlift now, it seems that Amanda will be able to put up one of the most historic lifts in history at her next competition.