Tia-Clair Toomey-Orr is on her way to become the first CrossFit athlete to appear in both the Summer and Winter Olympic Games. 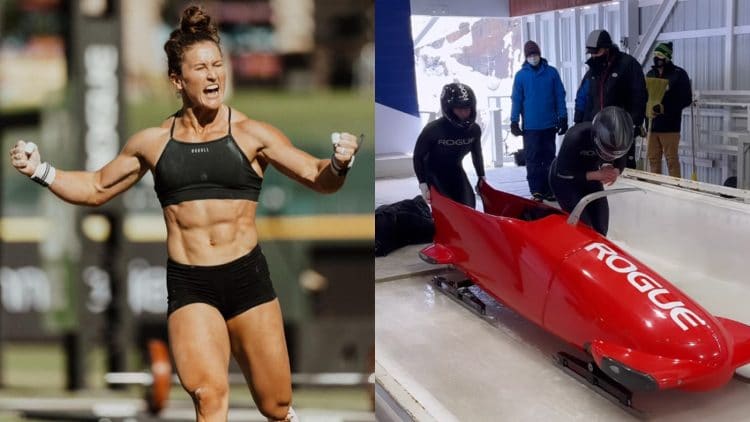 The Five-time Fittest Woman on Earth®, Tia-Clair Toomey-Orr, is trying to secure her second appearance at the Olympic Games. She has competed at the 2016 Summer Olympics, and is now aiming to compete at the 2022 Winter Olympics, scheduled to happen from February 4-20, 2022 in Beijing, China. To claim her place for the Winter Olympics, Toomey-Orr has started competing in Bobsleigh, and just got her IBSF World Cup debut.

Toomey-Orr recently competed at the BMW International Bobsleigh & Skeleton Federation (IBSF) World Cup in Sigulda, Latvia, on Jan. 2, 2022 in the two-women division as a part of the Australian Bobsleigh Team. She was accompanied by Ashleigh Werner. Werner’s role is a “pilot”, while Toomey-Orr took the role of the brake woman.

The ranking method in this competition was an aggregate of two runs, which were as follows:

Toomey-Orr and Werner were 1.08 seconds slower than the winners, that is team USA, who had the time of 1:41.88. Team UK managed to grab the second place, while team Canada ended up in third.

The Australian duo has already won two races in February of 2021 at the New Horizon races in South Korea, and will now travel to Innsbruck, Austria for the Europa Cup scheduled for January 8th, 2022.

Tia-Clair Toomey-Orr competed at the 2016 Olympics in Rio de Janeiro through the sport of weightlifting. She competed in the 58 kg category, and finished 14th.

Weightlifting coach Miles Wydall noticed Toomey-Orr’s potential at a CrossFit competition, and encouraged her to try weightlifting. It all resulted with Toomey-Orr becoming an Olympian with just 18 months of weightlifting training, which is very impressive.

If Toomey-Orr could manage to find a balance between Bobsleigh and CrossFit, and win the 2022 CrossFit Games, she would become an athlete with the most CrossFit Games victories in history, as she already came out victorious five times. In addition, Toomey-Orr’s ability to change sports easily, and excel in all of them, proves that
she is one of the greatest athletes ever.