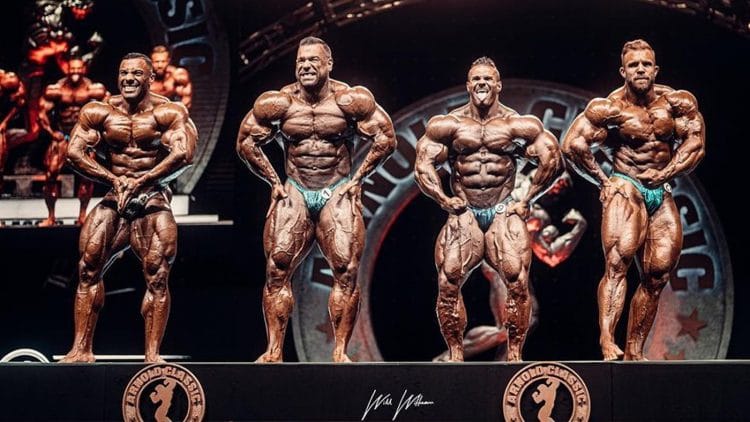 The Arnold Classic 2021 is happening now Saturday, September 25 from Columbus, OH. This is considered one of the biggest bodybuilding events of the season after Olympia. Athletes from all over the world travel to take part in this prestigious competition.

A few top men’s open bodybuilding competitors dropped out of the show due to various reasons including reigning champion William Bonac, Roelly Winklaar, and Cedric Mcmillan which left the landscape wide open for other athletes to grab the title.

The pre-judging has wrapped up and gave us a clear glimpse of who will take the title home. We saw a competitive showing between Nick Walker and Steve Kuclo this morning after the final comparison rounds. There was a lot of hype around Nick Walker this year after his win at NY Pro and he delivered.

Nick Walker has been making headlines as he continues to live up to his hype. Being only his third pro show and being in the talks to potentially win right after pre-judging, Nick has shown the bodybuilding world that he will be a serious threat at the Mr. Olympia title.

Steve Kuclo however beat out Iain Valliere and Justin Rodriguez as he and Nick Walker had an individual call out of their own for first and second place. Iain and Justin were put in a call-out with Akim Williams and Sergio Oliva Jr for spots 3 to 6.

Steve Kuclo who took second place at Texas pro showcased a finely tuned physique during the pre-Judging session that surprised all the fans in attendance.

Both athletes did their mandatory poses for few times from most muscular to side to back. This comparison is another tactic to stretch bodybuilder’s beyond their limits. This means who can hold the pose for longer and who can fade out quicker.

Steve has a height advantage over Walker at the stage. Being said that, Walker’s muscularity, chiseled abs, and insane conditioning cant be pass over.

But things can take a detour during final prejudging. Both competitors are neck to neck and any wrong move can dim their performance in the finals.

The finals will really be crucial for the placings. Nick Walker is the public favorite to win the show, he’ll still have to face the massive Steve Kucklo in the finals to earn the victory.

Sam is a fitness and bodybuilding enthusiast who loves the sport and love sharing his fitness ideologies and passion with others!

All bodybuilders are gearing up for the 2022 Olympia, and 2021 Arnold Classic Champion Nick Walker is right on schedule....

Lee Priest is widely respected in the bodybuilding community given his lengthy career and unique opinions surrounding the sport. In...

Elisa Pecini is an IFBB Pro League bikini competitor. She won the Bikini Olympia in 2019, cementing her spot amongst the legends in...