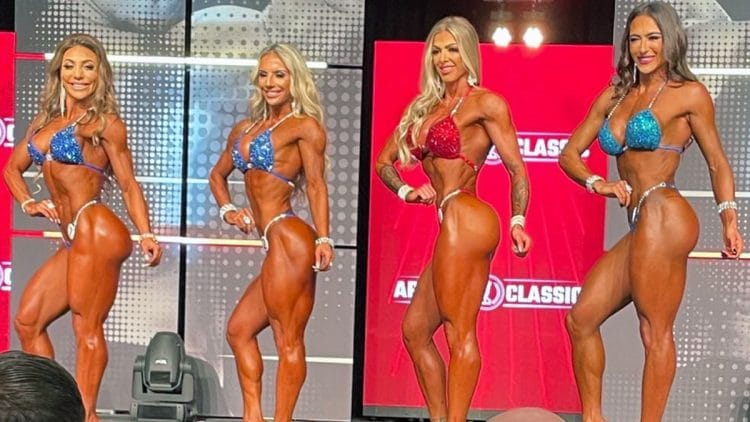 As it stands, five of the top six athletes from Olympia Wellness will compete at the Arnold this year. Brazil’s Angela Borges has revenge on her mind after taking second place in the Wellness International class last year at Mr. Olympia. Francielle Mattos won first place in the Wellness International class at the inaugural Olympia show last year but will not be competing at the 2022 Arnold Classic.

Isabelle Nunes will also return at the 2022 Arnold Classic after placing third at last year’s Olympia show. Before competing at the Dec. event, she attracted a lot of hype and attention with her aesthetic physique. In 2021, Isabelle nailed first prize at the IFBB Milwaukee Pro. Then, roughly eight months later, she returned to the San Antonio Classic where she once again tasted gold.

In addition, tons of hype surrounded Sunny Andrews and Yarishna Ayala. As a medical doctor and a pro bodybuilder, many fans are excited to see how Andrews fairs at the inaugural show. Andrews had a notable showing and won at the 2020 NPC National Championships. Ayala on the other hand, is also red-hot coming into the contest after winning the 2021 New York Pro last year as well as placing in fourth at Olympia.

Out of all the events at the 2022 Arnold Classic, many fans have Wellness International circled because of the mystery surrounding the new show. It will be exciting to see how each bodybuilder has adjusted their physique following their successful 2021 seasons. A total of ten participants will take part in the inaugural Wellness International show.

Judges were tedious during callouts and clearly wanted a thorough examination of the Wellness International athletes. The first call out included six competitors standing on stage next to each other. Sunny Andrews did not disappoint in her Arnold Classic debut, as she stood next to fellow contenders Isabelle Nunes, Angela Borges, and Julia Chitarra.

After all, these call-outs who you think will walk away with the Wellness International Title? Be sure to check back FitnessVolt.com/arnold-classic/ for the finals which take place on Friday, Mar 05, in the evening.