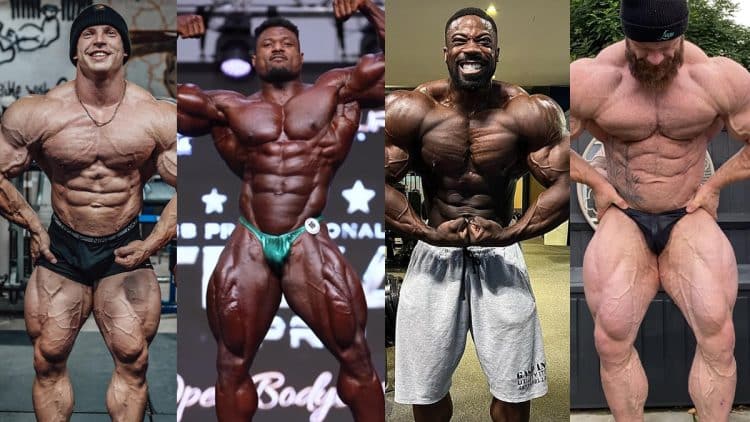 The 2022 Arnold Classic UK takes place this weekend September 23-25, 2022 at Birmingham NEC, UK. It will return for the second time to host eight bodybuilding categories with the Men’s Open division serving as the headliner. Competition has been heating up as athletes prepare for one of the most prestigious European IFBB Pro League shows of the bodybuilding calendar.

Many promising athletes will bring their talents to the bodybuilding stage, including favorites in Andrew Jacked, Marc Hector, James Hollingshead, and Martin Fitzwater. While Jacked has earned his invitation to 2022 Mr. Olympia, the Men’s Open standout will fulfill his original plan of competing in the UK in just a few days.

The reigning Arnold Classic UK victor Nathan De Asha will not compete at the show, leaving the room open for a new champion to be crowned. This show is a 2022 Olympia qualifier. The 2022 Mr. Olympia contest will take place from December 15th – 18th in Las Vegas, Nevada.

Check out a full preview and official list of competitors below:

2022 Texas Pro champ Andrew Jacked has emerged as one of the frontrunners to win the show. His rise in the Men’s Open division has been nothing short of phenomenal. He has received praise from bodybuilding legend Jay Cutler and veteran Samir Bannout for his insane physique. Bannout even backed Jacked to grab a top-four finish at the 2022 Olympia. Jacked recently crushed an intense leg workout in prep for the show.

Coach Hany Rambod gave his take on the upcoming show, breaking down who had the best chances to win. He acknowledged that Jacked had momentum on his side. However, according to Rambod, James Hollingshead will pose the biggest threat to Jacked.

Martin Fitzwater received Rambod’s support as well to possibly win first place. Although, he believes James has the size advantage but isn’t sure it will be enough to topple the aesthetics of some of the other competitors.

A lot of tension has surrounded Fitzwater and Jacked following their showdown at the Texas Pro. Fitzwater ultimately finished the show in second place to Andrew. Weeks ago, Jacked revealed that he was having Visa troubles. At the time, Fitzwater was left disappointed and thought Jacked was trying to ‘bit** out’ of the Arnold UK contest. But with the competitor list officially announced, fans can expect round two this weekend.

Men’s Open standout James Hollingshead goes into the show as a favorite due to his massive size. His muscle thickness and width make him stand out from the competition. He recently shared a physique update while performing a push workout just four weeks ahead of the contest.

One bodybuilder that has been named a dark horse is Marc Hector. He’s kept fans up to date on his progress this year and is sporting an insane package. His full striated chest is one of his best weapons and he plans to use it against some high-level elite Men’s Open competitors.

A post shared by Cal Raistrick – The Pro Coach (@calum_teamprocoach)

Another top name in the Men’s Open division returning to the stage is Maxx Charles. Charles brought an impressive physique to the 2022 Arnold Classic but ultimately finished the show in eight. Undeterred from the result, he returned to the Boston Pro stage a week later, where he walked away in fifth.

With such a rich lineup of talent, this contest is expected to be one of the most competitive of the year. In addition, fans get to see if Andrew Jacked continues to live up to the hype since earning his Pro card in March.