Despite hanging up his posing trunks, Warren looks incredibly strong and active at 47. 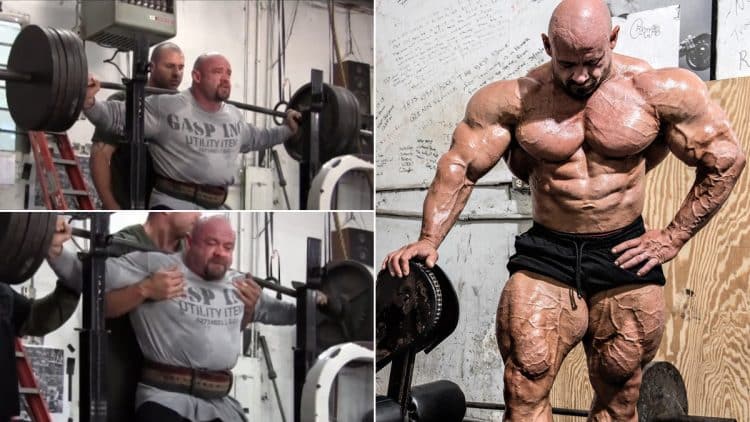 Bodybuilding veteran Branch Warren is still attacking training sessions with the same vigor he showed throughout his tenure as an IFBB Pro. In a recent Instagram video, Warren annihilated his lower body with barbell back squats for nine reps.

Warren made a name for himself in the Open class during the mid-2000s. His work ethic guided him to success on some of the sport’s most notable stages. During his career, Branch competed at Olympia a number of times.

While he came close to winning an Olympia title in 2009, he was unable to defeat Jay Cutler, who earned the nickname “Comeback Kid” for winning back the crown he lost to Dexter Jackson one year prior. The result was difficult for Branch to accept considering he defeated Jackson, who at the time, was the reigning champion.

Years later, Warren reinstated himself as one of the best in the world after winning the Arnold Classic titles in 2011, and 2012.

In 2015, he called it a career following a sixth-place finish at Olympia, but his tenacity inside the gym hasn’t gone anywhere. The Open class veteran has developed a reputation for his brutal training methods. He recently showed off his shredded lower body in a session where he annihilated his quads with machine hack squats.

In addition to his extreme training regimen, Branch helps up-and-coming talent in the IFBB Pro League. He has shaped and trained Martin Fitzwater to success, who managed to place second place behind Andrew Jacked at the 2022 Texas Pro last month.

Weeks ago, Warren led reigning 212 Olympia champion Derek Lunsford through an exhausting arm workout. This time, it was Warren’s turn to pump some iron.

In a recent post made to Instagram below, Warren showed off his signature leg strength with barbell back squats for nine hard reps. The lift was performed using a weightlifting belt.

Some have questioned the intensity of Warren’s training methods. Despite retiring years ago, he approaches each and every workout with a chip on his shoulder. Judging by his latest efforts, Warren has no intention of slowing down inside the training room.

Warren believes no one has the right to tell him how to train, even at 47. He has the work ethic and the mindset needed to compete at a high level but has yet to express any interest in returning to a bodybuilding contest.

Olympia President Jake Wood hinted that Masters Olympia might return in 2023. Wood revealed that talks are ongoing in regard to where the event could take place as well as a firm date. If Warren ever decided to return to a competition, he would be an ideal competitor for Masters Olympia. The last Masters Olympia contest in 2012 crowned Dexter Jackson as champion.

In 2021, Warren announced to fans that he wasn’t coming back to the sport. He is maintaining a massive and ripped physique seven years after his decision to stop competing. Warren’s finger is still on the sport’s pulse, though he has dedicated a fair amount of time kickstarting a beef jerky company called Wicked Cutz Jerky.

RELATED: Branch Warren: ‘I Never Should Have Beaten’ Phil Heath And Kai Greene

His competitive flame still burns today and the shape he’s in having almost reached the age of 50 would suggest his training methods have helped him with longevity. Even though he’s retired, Branch Warren pushes during training sessions with the same intensity that saw him win a number of titles during his prime.