Big Ramy Opens Up on Finishing 5th at 2022 Olympia: ‘When I Know Why I Got This Placing, I Will Fix It’

Mamdouh ‘Big Ramy’ Elssbiay sat down for an honest interview after placing fifth and losing his title to Hadi Choopan at 2022 Olympia. 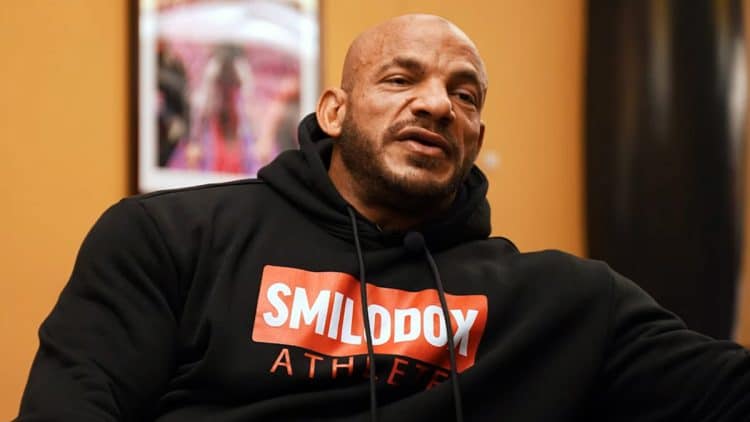 With a few days to process 2022 Mr. Olympia, the former two-time champion Mamdouh ‘Big Ramy’ Elssbiay discussed losing his title. In a recent interview, Ramy said he doesn’t know why he finished fifth but will enact a plan to get his title back as soon as he finds out what went wrong.

Last weekend, the 2022 Mr. Olympia contest shook up the Men’s Open division in a major way. After the dust settled, Ramy lost his title and was moved down to fifth place. Like Phil Heath predicted, Hadi Choopan’s consistency, granite conditioning, and work ethic finally led him to a Sandow trophy.

During pre-judging, Ramy was oddly never moved from the right side of the stage. In most circumstances, the potential winner or leading bodybuilders are placed in the center. While he was eventually compared with Nick Walker in the finals, the general consensus was that Derek Lunsford and Choopan were leading.

Gasps were heard throughout the Zappos Theater on Saturday night when announcer Bob Cicherillo called Big Ramy to take the fifth-place trophy. Despite losing the title, the former two-time champ appears to be in good spirits and has already committed to a comeback.

Speaking on the Smilodox YouTube channel, Elssbiay was optimistic regarding his fifth-place finish and shared how he’s feeling about his physique heading into next year.

According to the former champ, he’s consumed with forming a plan to get his title back.

“If you mean how I feel after the show, yeah… I really need to have a great plan to come back again for the show. That’s what’s in my head all the time right now. I need a great plan for next year to get my title again.”

Ramy trusts the IFBB judges and hopes to find out why he finished fifth so he can fix the issues.

“I never judge my placing because you have a judge, and you trust them, and you trust the IFBB people and respect them. You have two ways, if you respect and you explain, that means you will go toward the next step. If you fail something and say, ‘it’s not my place,’ nothing will change, and you never change in your mind. And you never push yourself more.”

“He [Hadi Choopan] is one of the greatest bodybuilders right now, he’s the Mr. Olympia — and he’s a great champion. He’s trying [for] years after years [to win Olympia]. That’s why God gave him that chance because he’s worked very hard many many years. Also, I started bodybuilding in 2010. Hadi in 2010, he was a world champion. He was before me in bodybuilding.”

Ramy intends to stay humble in victory and defeat.

“My character I’ve never changed it in my life,” Ramy said. “My personality — I respect everyone. I’m not the aggressive person [on stage]. I’m not that person. I love to be myself. I love to be always humble because you know this part will be done one day and people will remember as respecting everyone, did my best with everyone, I never hit anyone, I love everybody I meet in my life.”

At 2022 Olympia, Ramy was criticized by fans for a number of issues, like his lower back, triceps, and blurry midsection. His close friend and training partner, Dennis James, who promised Ramy would be at his ‘best ever,’ is unsure of what happened. He explained that Ramy looked on track just one week before stepping on stage.

Seven-time Olympia Arnold Schwarzenegger was the latest legend to share his thoughts on Ramy’s fifth place showing. The 75-year-old was adamant Ramy would have won if he brought a similar package to what he displayed at 2021 Olympia, except with bigger calves and a smaller waistline.

In the weeks to come, Ramy hopes to find out exactly what went wrong at 2022 Mr. Olympia. Once he learns how to fix the problem(s), the former champ will start devising a strategy to win back his title.