Dennis James: ‘Goal Was for Big Ramy to Come at His Best, I Don’t Know What Happened’ at 2022 Mr. Olympia

Dennis James Unsure Why Big Ramy Finished 5th at 2022 Olympia: 'Not Once Was I Worried About Him Not Being At His Best' 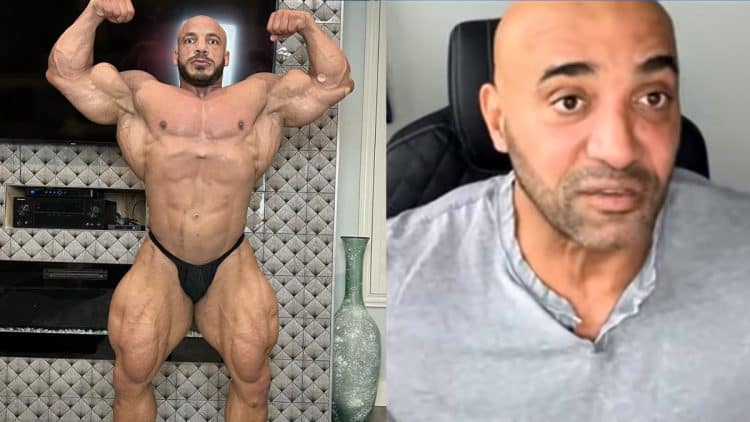 2020 and 2021 Mr. Olympia Big Ramy was a clear favorite heading into this past weekend’s 2022 Mr. Olympia competition. Although the Men’s Open division this year hosted one of the most difficult line-ups in recent memory, none of the competitors seemed well-equipped to beat the incumbent champ. Ramy’s conditioning looked a bit off at the show and particularly his back and triceps seemed to have lost some muscle. Additionally, the mysterious indentations in his quads overshadowed the lower body.

Other competitors pushed Ramy throughout the pre-judging stage. The judges placed the former champ to a far corner during the final callouts while Hadi Choopan, Nick Walker, and Derek Lunsford dominated the center. They continued to impress in the finals as well and Hadi Choopan left the arena as the 2022 Mr. Olympia. Big Ramy’s ranking took a significant hit, plummeting from the top spot to fifth place in the span of just one year. This marked one of the most dramatic declines ever seen by a reigning champion.

From changes in judging criteria to possible nerve damage, many theories are circulating about the causes of Big Ramy’s loss. However, all of those are rumors at this point as no solid evidence or statement has come from Ramy or his team.

Dennis James is flabbergasted by Big Ramy’s loss, not sure what went wrong

In a recent Instagram post, Dennis James shared Big Ramy’s photos taken on Dec. 11, exactly one week before the 2022 Mr. Olympia took place. In the caption to his post, James stated that Ramy was ‘right on point’ up until Dec. 11 when the photos were taken. He highlighted that Ramy worked hard to come in at his all-time best. The nature of the post implies that something might have gone wrong in the week leading up to the 2022 Mr. Olympia. James is unsure what caused Ramy to suffer the defeat. You can see Dennis James’ post about the issue here, courtesy of his personal Instagram account:

“Since the long weekend is over, I have time to sit down and think about the Olympia in Vegas. I can honestly say I don’t know what happened and I really don’t want to speculate. What I can say is that Ramy was right on point throughout the time he was here in Arizona. I took pictures twice a day and not once was I worried about him not being at his best.”

“I know Ramy worked extremely hard this year and I know the goal was to come in at his all time best. I’m sure Ramy and his coach Chad will address whatever it was that maybe went not as planned. Champ keep your head up, cause you been there before and always came back stronger! I took these pictures December 11th at 8.25am empty stomach after cardio,” Dennis James wrote in the caption to his post.

Was Big Ramy’s loss at the 2022 Mr. Olympia really unexpected?

Many experts believed that Big Ramy ‘left the door open’ last year and some argued that Hadi Choopan deserved the judges’ nod even at the 2021 Mr. Olympia. There was a strong consensus that if the champ did not bring his best version in 2022, he might have to taste defeat. His unexpected absence at the 2022 Pittsburgh Pro guest posing also sparked speculations about a possible decline in his physique. Ramy’s impressive physique updates later changed the narrative and the bodybuilding community regained confidence in his ability to retain the top spot.

The former champion’s unexpected fifth-place finish at the 2022 Mr. Olympia is more surprising than the loss itself.

Bodybuilding legend Arnold Schwarzenegger recently recapped the 2022 Mr. Olympia results. He advised Ramy to pay more attention to the definition, symmetry, and aesthetics than relying on size. Ramy himself is taking the loss in a positive spirit and has promised to come back stronger. He has been beaten down before and came back with a bang. It will be interesting to see if he can turn the clock back once again.