Krizo opened up about what food he eats to prepare for bodybuilding competitions. 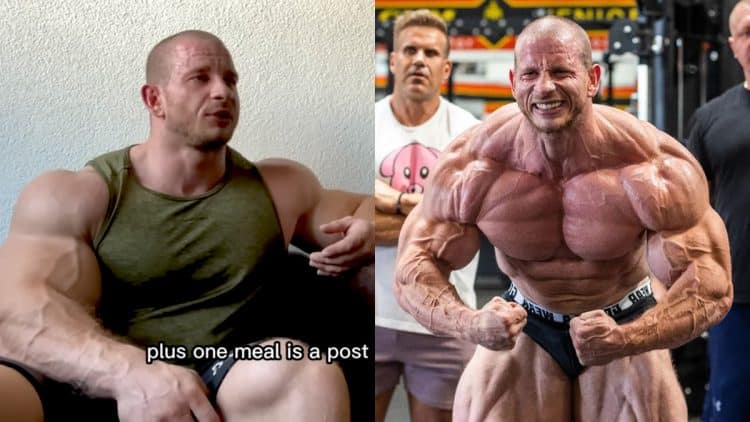 Men’s Open competitor Michal Krizo has emerged as a promising bodybuilder in the sport today. In a recent video posted on YouTube, Krizo shared what he eats in a single day to prepare for the bodybuilding shows.

The Open division is home to some of the freakiest mass monsters in the world, and Michal Krizo is no exception. His full chest, and massive biceps are some of his best qualities. Krizo made headlines after winning the Mr. Universe Pro 2021 in the IFBB Elite Pro League. He began his campaign for the 2022 Mr. Olympia in July after he switched to the NPC.

The Slovakian native is renowned for his size and has received major praise from bodybuilding veterans such as Samir Bannout, who extended his support for Krizo. Bannout believes that Krizo could beat Andrew Jacked, another impressive up-and-comer, and also win the Olympia show in his debut.

In a recent video posted on his YouTube account, Krizo shared what he eats in a single day while he is preparing for the 2022 Amateur Olympia Italy contest.

“These days, it’s 6 big meals plus one meal is a post-workout protein shake that’s always 70 grams of protein powder.

“The next meal is the same again just instead of the 120g of rice porridge. I eat 120g of buckwheat porridge, with 30 grams of protein powder. And the last meal, the 6th meal is either 2 quarks (low-fat curd cheese) with some peanut butter, usually, 40g of peanut butter into the 500g of quark, or I have one 250g quark and flavored protein milk they sell in Lidl supermarket. There’s 35g of protein in one portion, it’s a shake with no sugar, that’s all.”

Michal Krizo is looking to earn his pro card at the 2022 Amateur Olympia Italy contest in October, and then compete at the Prague Pro a month later.

Krizo recently shared a massive physique update where he tipped the scales at 293 pounds in preparations for the show. Should Krizo earn his Pro card and win a Pro show, he will be a threat to the rest of the Men’s Open lineup at 2022 Olympia.