Seth Feroce: Open Bodybuilding Will Be Gone in 5 Years

Feroce believes Men's Open bodybuilding could fall by the wayside in the next five years: 'from a competitor's standpoint, it's not what it used to be.' 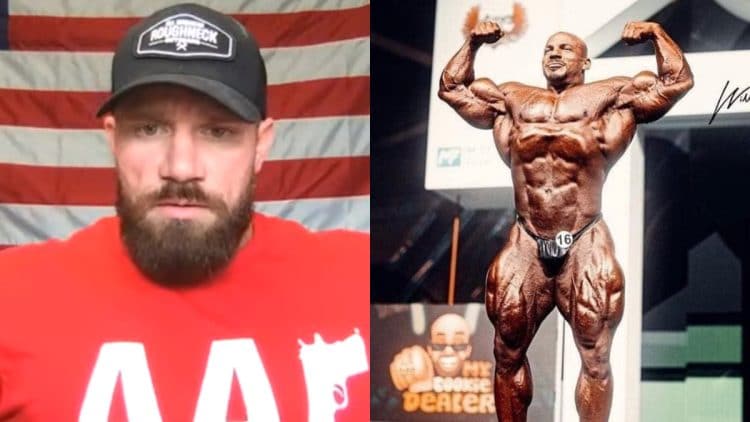 Seth Feroce is an IFBB Pro committed to seeing the sport evolve despite some of the growing concerns he has related to bodybuilding. In a recent YouTube video, Feroce makes it clear that he believes Men’s Open bodybuilding will disappear in five years.

Feroce made a name for himself in the sport in the 2000s. He last competed in 2012, performing at two IFBB Pro League events. First, Feroce took his conditioned build to the 2012 Tampa Pro, where he managed to earn sixth place. Following the result, the competitor decided to try his hand in 212 bodybuilding. Before sailing off into the sunset, the fan-favorite entered the 2012 Valenti Gold Cup, and exited the sport with a seventh-place showing.

Given the rising stars coming from the Classic Physique division lately, Feroce believes Men’s Open bodybuilding will eventually fade into obscurity. With younger names in the sport amassing popularity like three-time Classic Physique Olympia winner Chris Bumstead, Urs Kalecinski, and 2022 Arnold Classic champ Terrence Ruffin, Feroce believes the sport has changed, and Men’s Open bodybuilding is on its way out.

Speaking in a recent interview with Bodybuilding & BS host Nick Trigili, Feroce underlines that today’s bodybuilding landscape is in the midst of change, and competing is nothing like it was during the mid-2000s.

“It’s so different compared than whenever you and I competed. It’s so different compared to when I was competing in ’09. It’s not even close. What I fell in love with in 2002, 2001, that early 2000s with Jay [Cutler] and Ronnie [Coleman] that fuc**n rivalry. Everything has changed so dramatically. So, to say, we need to save bodybuilding, I don’t know where it came from, or why we would need to save it because it’s just changing.” Feroce explains.

According to Feroce, Classic Physique is on the rise. This notion was evident at the 2022 Boston Pro, where the show decided to have the Classic Physique athletes perform on stage last, implying that they have become the main attraction.

“Right now, you can’t deny Classic Physique is the most exciting thing on the planet. Chris Bumstead… the most exciting thing on the planet. He is everywhere. It’s almost like bodybuilding itself, the stage presence was murdered by COVID. The in-person thing is dead. We were having the New York Pro in Florida. It’s not even what it used to be. I don’t think it’s not our responsibility to say what we can do to save it. I think it’s the federation’s job right now to rebuild it into what it is post-COVID.”

2021 Arnold Classic champion Nick Walker and Hunter Labrada are well-known commodities in the Men’s Open division. While Feroce believes they are good for the sport overall, he predicts that there will be a considerable ‘drop off’ in the division soon. In fact, even the bodybuilding legend Arnold Schwarzenegger has said that Men’s Open bodybuilding is ‘dangerous’ and added that he believes Classic Physique is the future.

“You’re playing with fire. Like, you really are. Do I believe that there is going to be a drop-off in Open bodybuilding? I think there will. Or there will be a change of the look of these people. There will be a change. Dude, nobody would of guessed the pandemic would of did what it did. It changed everything. In five years from now, I don’t believe Open bodybuilding will be what it is. Size of competitors, the look. I think the size of competitors will change.”

Men’s Open bodybuilding has been the main attraction for quite some time, though Feroce believes there are fewer mass monsters like Walker entering the sport.

“Everybody always shows up to see the freaks. At the same time, we’re kind of seeing less and less of them. Nick and Hunter are massive. Nick is a mutant. Hunter doesn’t look like a freak in-person, he looks aesthetic, massive.”

As of late, Feroce has taken a sterner approach to the sport, due to the rising number of deaths in bodybuilding recently. 2021 saw a dramatic number of athletes pass away. Most notably, former Mr. Olympia Shawn Rhoden died at 46. Before the year could end, George Peterson died from heart issues days before the 2021 Olympia. Making matters worse, Cedric McMillan suffered an untimely death in 2022 due to heart complications in April. Following the tumultuous year, Feroce has been outspoken about the dangers associated with steroids in bodybuilding.

Despite taking a step away from the sport, Feroce never let off the gas during training. He routinely shares workouts on social media. One such routine that got fans excited was seeing him training legs with Martin Fitzwater and Keone Pearson. Fans took notice of Feroce’s physique, and despite calls for his return in 2021, he’s opted to remain on the sideline, continuing his successful efforts as an entrepreneur.

Feroce’s opinions are valued in the bodybuilding community. It remains to be seen if Classic Physique will take over Men’s Open in the next few years, but Feroce is adamant the winds are currently blowing in that direction.