Bodybuilder Breon Ansley is optimistic following his fourth-place performance at the 2022 Arnold Classic. 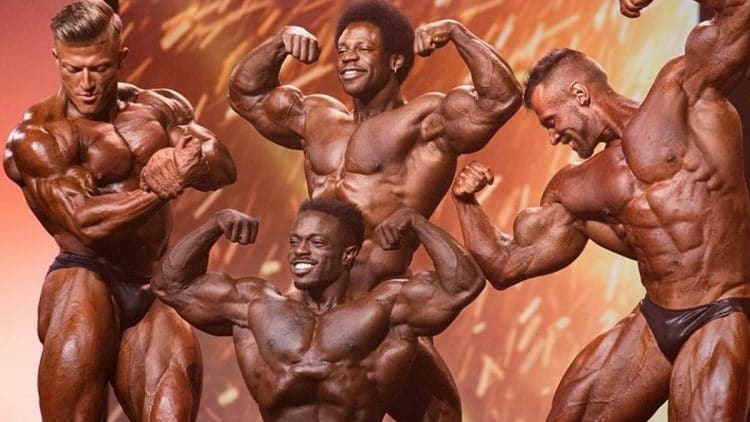 Classic Physique standout Breon Ansley has been a dominant force in competitions for quite some time. Following his 4th-place showing at the 2022 Arnold Classic, Breon revealed that he’s optimistic about his future in the sport despite the unfavorable result.

Breon Ansley was the 2018 winner of the Arnold Classic and Mr. Olympia in Classic Physique. The bodybuilder has an impressive stage presence and possesses some of the most well-conditioned legs in the sport. His eclectic outlook on bodybuilding has played a role in his continued development.

In 2021, Ansley took his talents to the Oxygen Gym in Kuwait and admits the training was intense as advertised. Breon left Oxygen Gym in good spirts and credits the experience as a positive one. Despite coming in 4th place at the 2022 Arnold Classic, Ansley isn’t deterred from the result and will seek victory at the next show. Though, the Classic Physique competitor has made it clear that it hasn’t been easy to process this outcome.

Breon Ansley reacted to placing 4th on Instagram and shared his unwavering commitment to fighting while enduring adversity.

“I wanna thank all my amazing supporters for all the kind words of encouragement and strength; even though we came up short yesterday I had a blast and learned a great deal!
The outcome was very tough for me to handle as some might understand but if I can use the moment to teach courage and strength to keep fighting and to use adversity as a power entirely, then it’s definitely a win in all aspects!!
Just want everyone to know that is exactly where my mindset is, I will continue on to be totally optimistic about my work ethic and fortitude for improvements!!
Love YALL to death and see you for the next one!! Thank you to the entire amazing @arnoldsports Commitee, the hard working judges and all of the Classic Champs I had the pleasure in competing against!!💪🏾❤️” Breon Ansley shared.

Competition in Classic Physique at the 2022 Arnold Classic was ripe with talent. Terrence Ruffin was the deserved favorite as he entered the competition as the reigning and defending champion from 2021. In the end, Terrence earned first place. However, one of the more surprising performances came from Ramon Rocha Queiroz who placed second after coming in peeled and conditioned.

In addition, Germany’s Urs Kalecinski only seemed to gather momentum as the finals went on which saw his reach the podium in third, knocking Breon down to fourth place.

Breon’s foot is on the gas pedal following his performance at this year’s Arnold Classic. There are still plenty of major events on the docket in 2022 and seeing Breon motivated is a promising sign that he’s got a lot left to prove. While Breon admits coming in 4th has been tough to deal with, he’s confident his positive mindset will help him at future shows.

With each passing year, fans have seen Classic Physique bodybuilders explode in popularity. In a recent video on the Olympia...