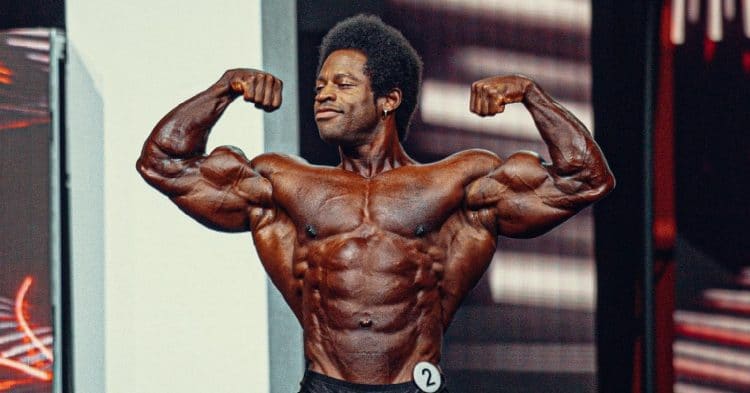 After failing to recapture his Classic Physique Olympia title again in 2021, fans were wondering if Breon Ansley would be moving to 212 Bodybuilding going forward. He has given this some thought, and decided to reveal his answer.

With two Classic Physique Olympia wins under his belt, it is undeniable that Ansley is a skilled competitor with a world class physique. However when competing against the likes of Chris Bumstead he has struggled, coming in second followed by a pair of third place scores since losing his title.

Between these struggles and the fact that he is constantly battling the weight cap for his height at Classic Physique, some have wondered if now was the time for Breon to make the move to the 212 Division, where he could make substantial changes without fear of weight. However he took to his YouTube channel to reveal that he does not plan to do that just yet, as he still feels like there are improvements he can make at Classic Physique.

With this decision being official, it becomes a question of what kind of changes Breon Ansley can make, that would be enough to regain his title. Champ Chris Bumstead has not only said that he thinks Breon should move to 212, but believes that the judges have moved away from Breon’s type of physique in the division.

Nevertheless, being the third best Classic Physique bodybuilder in the world means that Breon is still a threat at all times. He said that he believes he still has all the tools needed to be the champ again, and it will be interesting to see if this is the case.