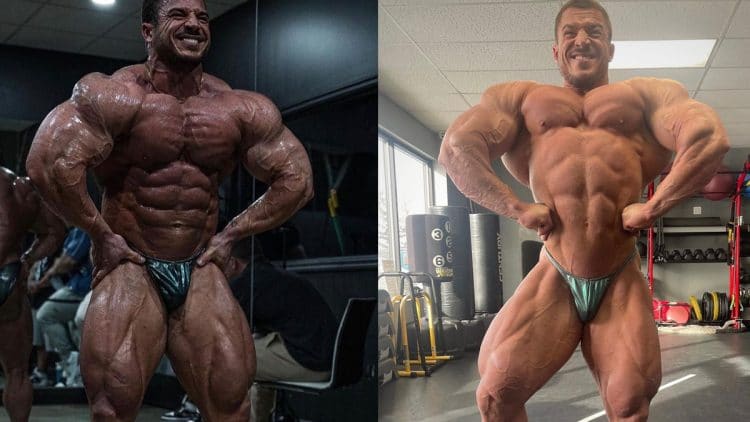 The bodybuilding season is starting to heat up and Brett Wilkin is in the final stages of preparation. Wilkin’s massive physique was shared on Instagram, and he looks like he could easily vie for gold at the upcoming 2022 Arnold Classic.

The Arnold Classic is scheduled to take place in Columbus, Ohio from March 3-6 this year. As the date draws closer, bodybuilders are exercising extreme discipline so they can bring their best package to the stage in March.

A total of three competitors have withdrawn from the competition already. In late Jan., Rafael Brandão confirmed he will be unable to attend the Arnold with no reason specified. Additionally, two more competitors dropped off a week ago when Nathan De Asha and Mohamed Shaaban were forced to the sidelines due to injuries.

Before participating in Men’s Open Bodybuilding, Wilkin was a 212 competitor. In 2019, Brett Wilkin took part in a pair of bodybuilding shows. First, he took home tenth place at the Puerto Rico Pro in the 212 division. Then Wilkin returned to the Toronto Pro Supershow one month later, where he took home sixth place.

Last year, Brett Wilkin made a statement when he competed at the 2021 Chicago Pro. Despite losing in the finals to Hunter Labrada, Wilkin displayed exemplary stage presence and a massive build.

A physique update of Brett Wilkin surfaced recently on Instagram, and the athlete looks to be in phenomenal shape with just 2-weeks until the second biggest show of the year.

The field of competitors at the Arnold Classic is brimming with talent. William Bonac is a frontrunner in the competition as the bodybuilder took home gold at the event in 2020. However, most believe the biggest favorite to win the show is 2019 Mr. Olympia and Arnold Classic winner Brandon Curry. With back-to-back runner-up appearances at Olympia in 2020, and 2021, Curry has been training with a chip on his shoulder judging by some of his recent physique updates.

Renowned sports nutritionist Chad Nicholls believes Brett Wilkin is the competition’s dark horse. Despite not having a wealth of experience on Men’s Open stages, Nicholls believes a mass monster like Wilkin could give Brandon Curry and Willaim Bonac a run for their money. After witnessing his physique last year, Nicholls is adamant that with ten pounds of added muscle, Wilkin could shock the world.

While he remains set on his prediction of Curry winning the title, the former coach of Mike Tyson had high praise for Wilkin, who is marginally younger than some of the sport’s top talent. With 2-weeks until the 2022 Arnold Classic, Brett Wilkin looks peeled and stage-ready.