Brian Shaw has made the decision to decline the invite after going through an extremely taxing season. 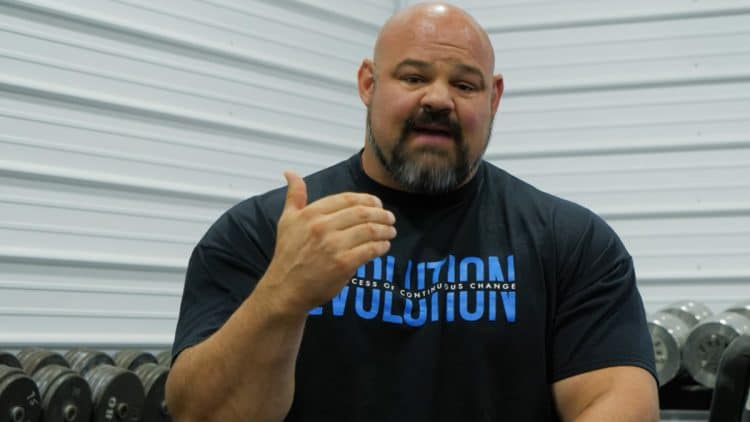 The 2022 Rogue Invitational will take place on October 28-30, 2022, in Austin, Texas, and as we have already seen, the Stoltman brothers will not be taking part as well. In addition, the lineup for this prestigious Strongman competition has taken another major hit, as the 4x World’s Strongest Man, Brian Shaw, decided to decline the invite.

The 2022 Rogue Invitational prize money for the winner will come out to $200,000, but that wasn’t enough to convince Brian Shaw to attend. However, Brian’s decision does seem to be very justified, since he wanted to show respect towards the competition, but decided that his health and family time are the most important thing right now. He revealed this news via YouTube video on August 30th, 2022.

Brian Shaw explains in the video that he has had a very busy year, especially in the past month or so. His first step was to prepare for the 2022 World’s Strongest Man competition, on which he focused entirely for a few months. Just before the 2022 WSM, his aunt and uncle passed away, so he also gave all he had to help them. However, he pushed through every obstacle that came in his way and finished in fourth place.

Straight after finishing the 2022 WSM, Brian Shaw had to start organizing the 2022 Shaw Classic, as well as preparing for it. It was the third edition of this competition and Brian managed to make it significantly better than the previous two. In addition, he has built a gigantic warehouse gym this year as well, which also stressed him out. Due to Brian’s obligations this year, he feels like he hasn’t dedicated enough time to his family, which also contributed to his decline.

The official Rogue Invitational Instagram account has revealed ten competitors as of this writing. It is likely that the final roster is completed, as the competion consiste of 10 athletes last year as well.

Martins Licis won the 2021 Rogue Invitational, and he’s looking like the favorite this year too, with neither of the Stoltman brothers nor Brian Shaw to contend with.

Shaw seems to be taking a break from Strongman in general and not just missing the 2022 Rogue Invitational. He will now get rested and come back with a fresh mind, so the next season could be great for him.