Tom and Luke Stoltman have pretty much cleared up their competition schedule for the rest of the year. 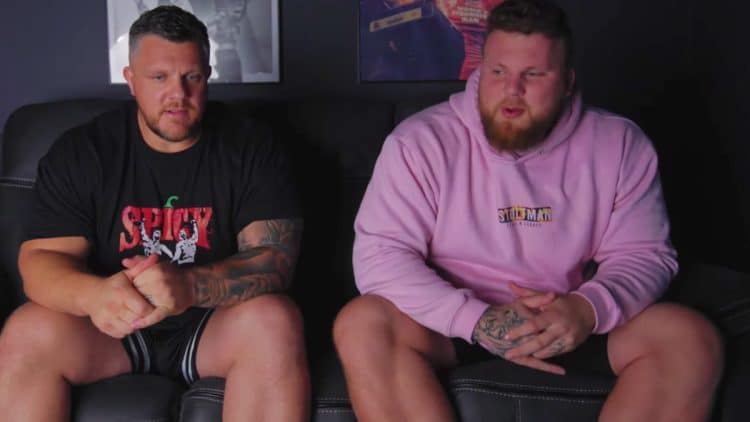 The 2022 Rogue Invitational is amongst the greatest Strongman competitions of the year and it will take place on October 28 – 30, 2022, in Austin, Texas. However, despite the fact that Rogue is putting up a $200,000 prize for the winner, the 2x World’s Strongest Man, Tom Stoltman, and 2021 Europe’s Strongest Man, Luke Stoltman, will not be taking part. The brothers recently shared the thought process behind making this decision and talked about some more interesting stuff on their YouTube channel.

The Rogue Invitational has gained a reputation for being one of the toughest Strongman competitions ever held. Considering the way the Stoltman brothers have been training, none of them want to risk an injury. However, they respect the competition greatly, so Tom and Luke will try to at least be there for fan conventions.

“You have to have comfort and be 100% to even think about taking the invite. So, Rogue invited us and we said no to competing.” said Tom.

“Obviously, we could have gone out and said yeah we’re gonna go there and underperform, but still get a good payday. But, that is not what we are looking to do.” Luke added.

For almost identical reasons, neither of the Stoltman brothers will be taking part in the 2022 Giants Live World Tour Finals, which will take place on October 8, at the OVO Hydro venue in Glasgow. Both Tom and Luke were named in the initial lineup of 13 athletes, so this means that they have officially withdrawn. Giants Live has already revealed that they are looking for replacements, which they hope to announce on Friday, August 26th.

The competition is taking place in the homeland of the Stoltmans, so there is no doubt that they would have loved to compete. They have already endured a tough season, and now is the time for them to rest and recuperate.

“If Tom and I went there, not fully fit and not able to perform, then that is doing not just us an injustice, but also the Giants Live crew an injustice.” said Luke

Since the competition is just more than a month away, Luke Stoltman’s recent shoulder injury from the 2022 Shaw Classic could have also caused some problems. He will now be able to take some scans and get a proper treatment.

Here is the Stoltman brothers’ announcement of their withdrawal:

Tom and Luke Stoltman have accomplished some tremendous things in their careers already. So, they can now choose where they want to compete. Tom won the 2021 and 2022 WSM contests, and was crowned as Britain’s Strongest Man for two years as well. On the other hand, Luke’s greatest success was winning the 2021 Europe’s Strongest Man, but he also won the 2021 Giants Live World Tour Finals.

It seems that Tom and Luke Stoltman have wrapped up their year in regard to individual Strongman competitions. However, Tom did recently reveal that he has some massive goals for the future. Tom is preparing for the 2023 World’s Strongest Man competition, but he plans to deadlift 505 kilograms (1,113.3 pounds) after that. Therefore, the two most famous Scottish strongmen will return next year stronger than ever before.