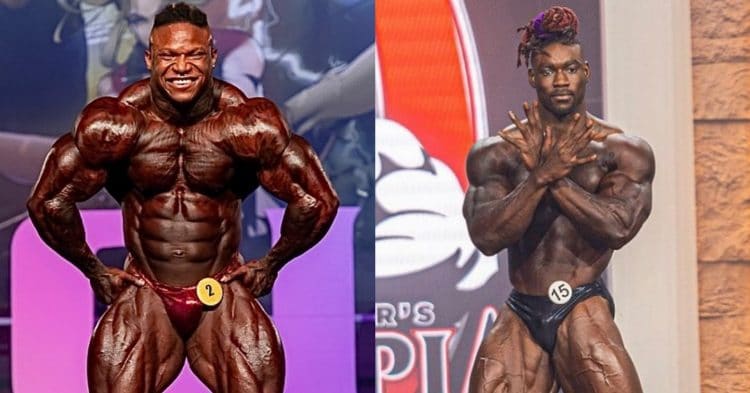 The Men’s Open Division of bodybuilding is, of course, the most exciting and watched division in the sport. Now it will have two new additions in the form of Bryan Jones and Tonio Burton, who are making the move.

Jones has been competing in the Classic Physique division for a while, where he had some mixed results, coming as high as fifth in the Olympia. That said, before he landed in ninth at this year’s Olympia, he looked to have put on some serious mass and like he had the potential to be a future threat.

While this may be true, he will not be showing it in the Classic Physique division anymore. While answering questions recently, on his Instagram Live, he revealed that he was going to be competing in the Open Division moving forward, after suggesting as much following the 2021 Olympia.

“Yes I am going to open,” Jones wrote before adding he will be taking an 10-11 month offseason to prepare, returning in late 2022.

Bryan Jones is not the only athlete to recently announce a move to Open Bodybuilding being imminent. 212 Bodybuilder Tonio Burton is also making a big change, following a mixed bag of a year in 2021.

Tonio won the 2021 Indy Pro, which led him to the Olympia, where he scored tenth place in the 212 Division. He then decided to follow in the footsteps of a former 212 champ, Shaun Clarida, and tried the Open Division for the 2021 Legion Sports Fest.

Unlike Clarida though, he decided that a fourth place score here was enough to convince him to stay in the Open. He made the announcement on Instagram after the contest, citing that he feels better about his package the bigger he is able to be, which is limited with a weight cap at 212.

“Yes!!! @team_courtney_coaching and I will officially be staying in the open.
Now we will take time and have a growing phase. We all seen it the bigger I am the better I look,” Burton wrote.

A post shared by Tonio “the mutant” Burton (@tonio_mutant_burton)

It is going to be exciting to have Bryan Jones and Tonio Burton added to the roster of the Open Division in the future. There have been some smaller competitors who have really thrived once given the opportunity to bulk up and compete without a weight cap, and these two certainly have the potential to be among them with the proper time spent in the weight room.