Cedric McMillan is making sure everyone sees his pre-contest physique before the Romania Pro! 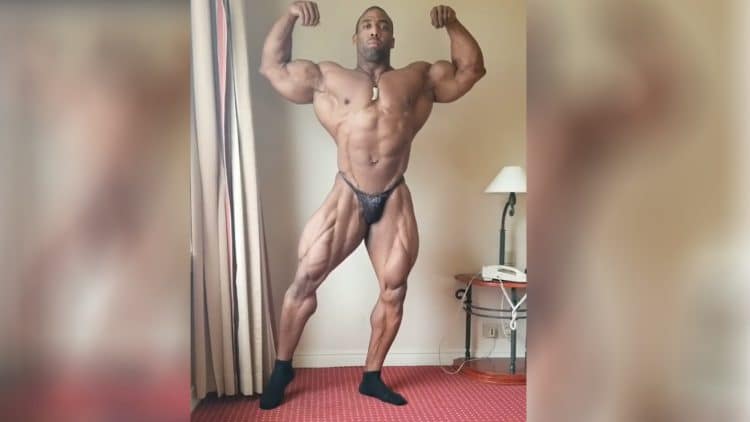 Now, the Men’s Open preliminaries will take place on November 3rd starting at 9 a.m. with the finals at 5 p.m. at the Face Convention Center.

And it’s a much-anticipated event as there will be some tough competition on stage including Cedric McMillan who has already qualified for the 2020 Mr. Olympia after winning the 2019 Fitparade Hungary Pro in early October.

But he’s at it again and surely has something to prove. And McMillan recently posted a video on Instagram showing his physique a day before the pre-judging while also talking a little about his prep and determination to continue making improvements.

“I gotta make a video just to verify in case everything turns to s–t and I look horrible on stage. I’m going to keep competing and keep competing until I make this thing better. This is another show, another opportunity.”

After receiving a special invitation to the 2019 Mr. Olympia due to his military involvement, Cedric McMillan placed 7th; which tied (2016) his best performance at the event.

But it’s another year and the 2017 Arnold Classic champion appears to be looking to make big improvements in his physique; likely where conditioning is concerned which has always been an obstacle for him.

Now, he’ll have some tough competition on Sunday with the likes of Regan Grimes (who decided to make the switch back to Open from Classic Physique this year), plus Lukas Osladil, Maxx Charles, and Juan Morel. But if he can come in sharp, then there’s a strong chance he’ll take this show too.

How To Do The Floor Press For A Bigger Bench

The bodybuilding community paid their tribute to the late Cedric McMillan. The 44-year-old bodybuilder tragically passed away on April 12th....