The bodybuilder is looking for redemption after not competing in the 2021 Arnold Classic. 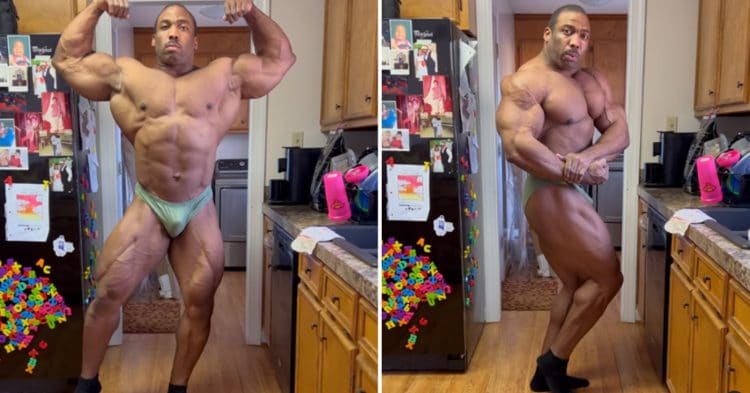 Bodybuilder Cedric McMillan is quickly establishing himself as a name to watch every year in bodybuilding. Recently, Cedric McMillan shared a physique update on his Instagram stories and the bodybuilder looks incredibly conditioned with a weight of 282lbs ahead of the 2022 Arnold Classic.

The 2022 Arnold Classic is scheduled to go down on March 3-6 in Columbus, Ohio. The marquee event will feature a gauntlet of motivated bodybuilders eager to stake their claim as the best among a talented crop of competitors.

Cedric McMillan has had a troubling past few years. Forced to miss 2020 Mr. Olympia due to injuries, it was revealed that some of the issues the bodybuilder was dealing with were a broken collarbone and a broken hand. McMillan also announced his withdrawal from the 2021 Arnold Classic for similar reasons. Despite being unable to compete at the 2021 Arnold Classic, McMillan was featured on the broadcast team instead.

With just over 5-weeks until the second biggest bodybuilding show of the year kicks off, it seemed only fitting to hear from a man who has competed on the stage many times but has yet to secure gold.

The physique update was revealed by the Black Skull Instagram page. Cedric McMillan conducted a series of poses and the fluidity of his movements will make him all the more dangerous when he finally hits the stage.

As seen above, McMillan appears to weigh 282lbs in the video. With the incremental progress McMillan has achieved during the offseason, he no doubt will stand a chance against some of the fiercest bodybuilders looking to steal gold.

The bodybuilder was first tasked with enduring a tough Coronavirus stint which left the professional athlete 30-pounds lighter. At one point, the bodybuilder felt his situation was so dire he thought he might die. In the end, McMillan healed from the illness and defied odds by welcoming his body back into competition.

Cedric McMillan returned at the 2021 Legion Sports Fest Pro. The bodybuilder was not included in the first call-out and didn’t show up for the finals. While McMillan was scheduled to compete at the Egypt’s KO Pro show, the bodybuilder bowed out after not feeling well. Part of what makes McMillan such a daring competitor is his unwavering commitment to improvement in the face of adversity.

McMillan will be joined by a group of mega-talented bodybuilders on the 2022 Arnold Classic stage. Brandon Curry, the winner of the 2019 Arnold Classic will look to regain supremacy. Not to mention, the 2020 Arnold Classic winner William Bonac will also be looking to reposition himself as number one.

Given the recent developments to McMillan’s physique, the bodybuilder certainly will have a say against some of these elite competitors. At 282-pounds, Cedric McMillan’s sneak peek physique update did not disappoint, and at a good time, because the 2022 Arnold Classic is inching closer and closer.