Chad Penson’s first outing in the 100-kilogram weight class turned out to be very successful. 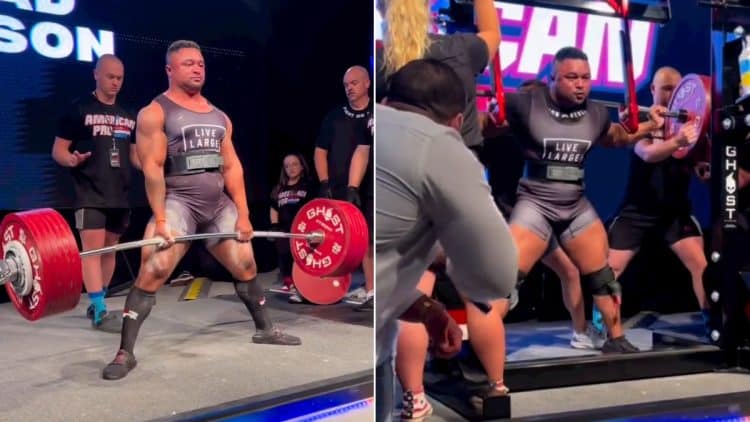 Chad Penson recently posted a massive squat from training, which made it clear that he would also perform amazingly at the 2022 WRPF American Pro. Although a lot of people expected Chad to compete in the 90-kilogram weight class, he turned up significantly heavier and competed in the 100-kilogram weight class for the first time in his career. Chad ended up winning his weight class, but finished third overall, just behind Blake Lehew (82.5KG) and Andrew Hause (140KG).

Chad Penson does not plan to stop here, as his Instagram story revealed that he wants to break the All-Time Raw W/Wraps Total in the 100-kilogram weight class as well.

For the 2022 WRPF American Pro, Chad Penson weighed 99.1 kilograms (218.5 pounds). He had five successful lifts and four unsuccessful ones across all three events. As he says, Chad is not completely satisfied with anything apart from his squat.

“Didn’t meet many of my goals minus the ATWR squat… Fun fact this is the first time in my 11 years of powerlifting I haven’t PRd my total lol.”

Chad Penson also revealed that he will attempt a 1,000-pound (453.6-kilogram) squat at his next competition.

The 2022 WRPF American Pro was Chad Penson’s 19th sanctioned powerlifting competition and his 12th career victory. In addition, he now holds the All-Time Squat W/Wraps World Records in both the 90-kilogram and 100-kilogram weight classes.

Chad Penson also claimed a very valuable victory, since the 2022 WRPF American Pro is one of the greatest competitions on the East Coast. As it is a two-day competition, there are still a few more athletes who are yet to compete. One of those is arguably the greatest powerlifter currently, John Haack, who will take part in the raw 90-kilogram weight class.