John Haack will step on a powerlifting platform in less than ten days. 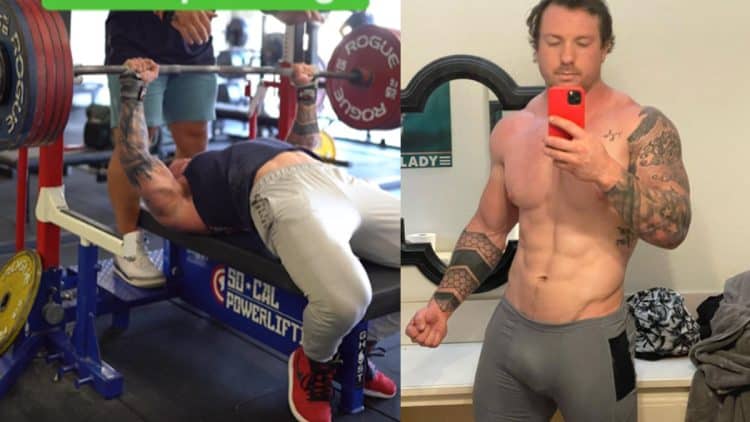 The excitement is quickly building up as John Haack’s appearance is nearing. He will compete at the 2022 WRPF American Pro, which will take place July 29-30, in Manassas, VA. It is one of the biggest competitions on the East Coast, and as such attracted many elite powerlifters. John Haack especially stands out, as he is notorious for breaking World Records almost every time he competes. His recent training sessions also hint towards a brilliant performance, since John crushed a 600-pound (272.2-kilogram) raw bench press.

John Haack used wrist wraps to aid him in the lift, which is allowed in raw powerlifting. However, he indicates that it was a “touch and go” rep, so it probably would not have counted in a competition. By powerlifting rules, the competitors have to wait for the judge to give them a push / lift cue. As John made no pause at the bottom of the lift, it could be red-lighted.

John Haack’s preparation for the 2022 WRPF American Pro has seemingly gone really well, as he also claimed an all-time squat PR a couple of days ago. He squatted 804.7 pounds (365 kilograms), which is the same weight as the World Record in the 198-pound (90-kilogram) weight class. Regardless, Haack will at least look to improve his competition PRs at the upcoming competition.

Although John Haack’s 600-pound (272.2-kilogram) bench press is arguably not legitimate by powerlifting regulations, it shows that his strength is possibly at an all-time high. No one knows what will happen as he finishes up his prep, so he might even be able to lift this weight officially. We won’t have to wait long to see, as John will compete in less than ten days.