Chad Penson will get the chance to officially break the record in less than two weeks. 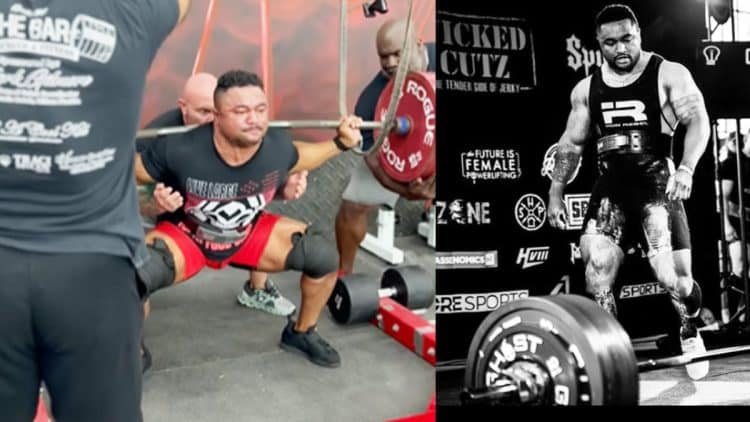 Just one year ago, Chad Penson shocked the world, as he became the first person in the 90-kilogram weight class to squat 400 kilograms (881.8 pounds) with wraps. He achieved that at the 2021 WRPF Kern US Open and since then, no one has even gotten close to breaking his record. However, it looks like that record won’t be standing for much longer, as Chad’s recent training footage shows that he could lift even more.

On July 17, 2022, Chad Penson shared a brand new squat with Wraps PR, lifting 915 pounds (415 kilograms), which is 33 pounds (15 kilograms) heavier than the World Record. However, what really shocked everyone was how easy Chad made the process seem. He will get the chance to make this an official All-Time World Record in less than two weeks, since he will be competing at the 2022 WRPF American Pro. The competition is scheduled for July 29-30, in Manassas, VA, and will also feature other great powerlifters like John Haack and Phillip Herndon.

“Last heavy lift done. 915 single in wraps. 2 weeks until showtime. I’m a little beat up but considering all that, I’m happy how this moved! Much more comfortable under 900+ today.. 😈”

The last ten days have been the first time Chad Penson has trained with knee wraps in this year. He could definitely lift even more weight if he spent some time adjusting to the wraps. In fact, Chad revealed through an Instagram story Q & A that he thinks a 1,000-pound (453.6-kilogram) squat could be possible in one year. So, we will see some more amazing lifts from him very soon.

In regard to his powerlifting career, it is evident that Chad Penson is very experienced. He has been competing since 2012, when he was just 20 years old. So, in ten years of competing, he took part in 18 sanctioned events and won 11 of them.

Having not trained with the proper equipment for the majority of 2022, Chad Penson did not expect any special results at the 2022 WRPF American Pro. However, after putting on some knee wraps and squatting over the World Record, it is safe to say that things have changed. Chad has now finished his heavy training sessions, and all that remains is for him to demonstrate his abilities.