Dennis James and Dennis Wolf discuss Hadi Choopan's performance at the 2020 Olympia, and how he could do against Big Ramy this year 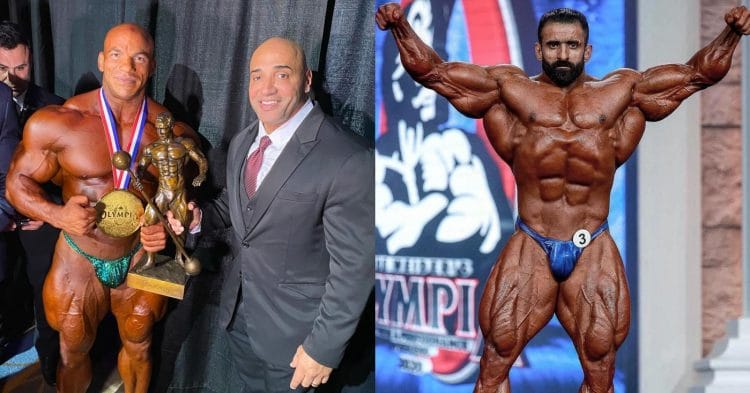 After the way Big Ramy looked while winning the 2020 Mr. Olympia, fans have wondered if anybody will be able to dethrone that version of the Egyptian. However Dennis James seems to think that he know who provides the biggest challenge for the champ.

James actually worked with Ramy for the end part of his Olympia prep last year. So he is partially deserving of praise for the way Ramy looked on stage, brining his best package to date in order to win the show.

His performance left fans in shock, as he bested former Mr. Olympia winners Phil Heath and Brandon Curry  to snatch the crown. It was a performance that left many questioning, if he continues to look this way, who could possibly stand a chance of beating him?

Well it seems that Dennis James has a theory on who his biggest competitor will be in 2021. Speaking in a podcast, with fellow bodybuilding legend Dennis Wolf, the pair discussed that very subject.

While Wolf believes that Brandon Curry can make adjustments to regain the throne, The Menace seems to think Hadi Choopan stands the better chance of winning. If the Iranian can get into the country earlier, he thinks that Hadi has the skills needed to beat Big Ramy.

“On Friday (for prejudging) he was off. You know he arrived two days before the Olympia? He missed his peak on Friday but he nailed it on Saturday. If he would’ve come in a day earlier, he would’ve been second… I don’t see why this should not happen next year. If Hadi comes in early, I personally believe that Hadi is probably the biggest threat to Ramy.”

Wolf concurred with this idea, once Dennis James presented it like that. They agreed that Curry has the potential to be a threat to Ramy, if he can bring his legs up like he plans, but they question his ability to make substantial changes at this point in his career.

It is worth noting that Hadi Choopan has hinted at plans to get into the country earlier this year, provided that he can acquire his US Visa. So if all goes according to plan, we can see if there is a chance of him beating Big Ramy at the 2021 Mr. Olympia.