Dwayne Johnson reveals how he keeps his motivation high, even when he does not want to work out 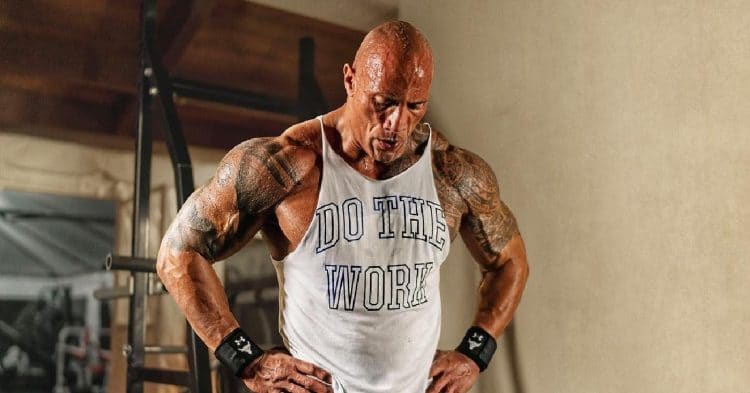 There are always going to be times when you do not feel like going to the gym or doing your workout, even if you are someone who loves fitness the way that Dwayne Johnson does. He recently shared his tips to power through that fatigue, and stay motivated when you are not feeling it.

To say that Johnson is passionate about the gym life and his training would be a bit of an understatement, if you could not already tell by his enormous physique. It seems that whenever he is not on a movie set or selling tequila, he is always in the Iron Paradise gym, pumping iron, even to the point where he is left bleeding.

However despite these appearances, the Rock still has days where the motivation simply is not there, and he does not feel like working out. Posting to his Instagram, the Hollywood megastar revealed what he does to power through those days, when the voice in his head is telling him to just skip the workout, and that nobody would know.

“I’m putting on my workout stuff, I’m tying my shoes, and and I’m like, s—t, I should just call it a night. No one’s ever going to know, everyone’s asleep, maybe I’ll just pick it up tomorrow. But I usually tell myself… I try to remember what it was like when I didn’t have much at all; those seven bucks days. I try to remember that, and usually that gets my ass in gear. When I think back to the days of having seven bucks, and what it took to get to the position that I’m in now.”

However Dwayne Johnson knows that sometimes that does not do the trick, so he has a backup plan. If he can not motivate himself that way, he tries to psych himself up by asking himself just one simple question.

“I’ll say: How bad of a motherf—ker do you think you are? How bad do you really think you are? And then I’ll have this conversation with myself like I’m crazy, like, alright, it’s up to you. You think you’re a bad motherf—ker? Well go out and prove it,” he said.

Even if it does not always seem like it, Dwayne Johnson is just a human, who has days where he lacks motivation. Hopefully these tips can help others, the way it helps him.