Bodybuilder Hunter Labrada is looking to give top bodybuilders a run for their money when he returns to Mr. Olympia this Dec. 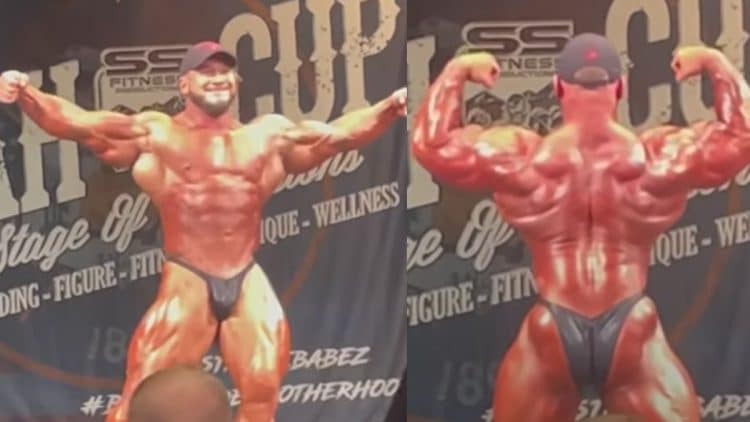 Hunter Labrada is aiming to have a major impact on stage when he makes his return to the biggest show of the year. In a recent guest appearance at the NPC Utah Cup, Hunter Labrada showed off his massive physique during the offseason.

Taking the bodybuilding reigns from his father, Lee Labrada, Hunter exploded onto the scene last year. The Men’s Open competitor always brings an impressive physique to the stage and is known for his conditioning. However, Hunter has steadily been adding mass to his physique lately. In 2020, Labrada made his Mr. Olympia debut where he ended up placing in eighth. Following the eighth-place showing, Hunter lived up to the expectations that were placed on him when he won the 2021 Chicago Pro months later.

Following his win, Hunter took his physique to the biggest bodybuilding show of the year, Mr. Olympia. He secured fourth place and was highly competitive. Hunter went head-to-head with Nick Walker and came out on top as “The Mutant” ended up coming in fifth place.

Hunter doesn’t share his physique on social media often, so fans take notice when he does. After guest posing at the 2022 NPC Utah Cup, Hunter’s rare sighting gave fans a glimpse of how he’s been honing his physique since failing to make it to the podium at last year’s Olympia.

Labrada shared his physique on Instagram after guest posing at the 2022 Utah Cup.

“First guest posing of the year is in the books, and man was it a fun one! I can’t tell y’all how much I appreciate everyone that I met being so warm and welcoming, I truly had an incredible time, and can’t wait to come back!
–
Big shoutout to all competitors I had the chance to meet this weekend, a lot of y’all really brought it! There were a couple overalls that I wouldn’t have wanted to judge for sure!
–
Big thank you to @officialssfitnessproductions for having me out, everything was first class! Can’t wait to come back next June💪🏻” Hunter Labrada shared.

With Olympia coming in nine months, fans have already begun comparing Labrada and Nick Walker’s physiques. Given how close 2021 Mr. Olympia was between Nick and Hunter last year, round two will commence this Dec. 2021 Arnold Classic champion Walker believes that he was way more ‘complete’ than Labrada and disputed the 2021 Mr. Olympia results. While Nick accredits Labrada with a more aesthetic look, he believed that he outperformed Hunter with size, hardness, and dryness.

Bodybuilding legend Jay Cutler chimed into the discussion and signaled that Hunter’s physique is ‘prettier’ than Nick’s. Nevertheless, Cutler maintains that both men have the potential to win Mr. Olympia during their respective careers. While Hunter does not present his physique as often as Walker does, it’s clear Labrada is attacking his offseason preparation methodically.

2022 Mr. Olympia will feature an extremely skilled lineup of competitors. With names like Brandon Curry, William Bonac, and reigning champion Mamdouh Elssbiay AKA Big Ramy in the mix, Hunter’s conditioning will factor largely into his next Mr. Olympia performance. After guest posing at the Utah Cup, Hunter continues to make incremental improvements to his overall package.

Hafthor Björnsson Fires Back at Martyn Ford Over ‘Knockout’ Comment: ‘I Think I’ll Smash Him.’