James Hollingshead: The 2022 Mr. Olympia Backstage Was Poorly Lit, ‘Cold’ And Too Crowded

"The Shed" had a few afterthoughts regarding the subpar conditions backstage at the 2022 Olympia contest: 'there was no space for anybody to move around.' 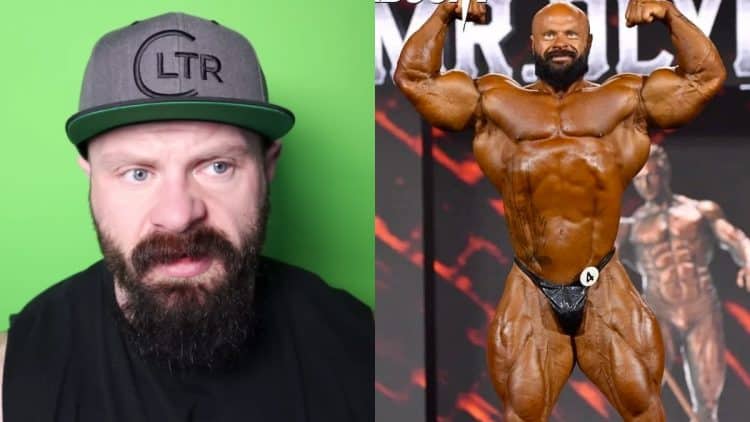 Popular Men’s Open bodybuilder James Hollingshead is the latest athlete from the 2022 Mr. Olympia calling attention to the poor backstage conditions. Hollingshead published a YouTube video on January 3, 2023, to air his grievances while looking for a solution.

“It’s weird behind the curtain of the stage, it’s kind of chaotic. So, I think we need to work on creating more order backstage,” said James Hollingshead.

Despite a nefarious Covid-19 diagnosis, James Hollingshead bounced back successfully in 2021. With improved back density and a full chest, Hollingshead put on a show at the 2021 Olympia competition, which served as his maiden appearance. While he finished the contest in 12th, many fans acknowledged that it was only a matter of time before he cracked the top 10.

En route to stamping his 2022 Olympia qualification, Hollingshead made an appearance at the 2022 Arnold Classic UK show. He pushed Patrick Johnson and the winner, Andrew Jacked, but ended the contest in third place. Undeterred, Hollingshead traveled to Italy one week later to claim gold at the Tsunami Nutrition Pro.

Before ringing in the new year, Hollingshead finished 16th at the 2022 Olympia show. However, some of his biggest takeaways from the event were how poorly lit the backstage was. He shared a few other complaints about the show, which can be found below.

James Hollingshead on 2022 Olympia Backstage: “There Was No Room To Move; It Was Like A Nightclub”

“Just not good space backstage,” says Hollingshead. “When I watched this interview with Jay [Cutler] Evan [Centopani] – that was a big reminder for me of what the Olympia backstage was like many times. It was literally a room that could cater for hundreds of people with [optimal] lighting like this, so you can see what you’re doing. Gym equipment to pump up in this kind of lighting so you can see what you’re doing.

Given the poor lighting and cramped backstage conditions, Hollingshead compared it to being at a packed nightclub.

“I kind of felt sorry for the ladies that were tanning, they had to walk around a key light like what I’ve got here in order to be able to tan people and see what they’re doing. It was dark. So dark. It was like being in a nightclub.”

According to Hollinghsead, the main problems were poor lighting, lack of space, the temperature backstage, as well as the route to get backstage. Fans have suggested that these issues could have attributed to many athletes coming in off or watery at the 2022 Olympia contest.

“These are things I’ve mentioned: the light and the space, the route in which to get backstage. The temperature of the backstage,” Hollingshead added. “But this is the super bowl of bodybuilding. It’s meant to be the show of shows. It’s the king of kings. So, with that, you expect a certain level of — you just expect a certain level of execution.”

He added that all athletes were forced to share the same room backstage with media and a ‘multitude’ of other people.

“Their little gym area was too small to fit every Olympian in there because there was over 25 plus Olympians at one time and then obviously, we had to share backstage with other classes when they came back, especially Bikini — it became very hard to move around. There was literally no space for anybody and I’m sure they would say the same.”

“Like I say, the only thing that was really strange for me, and it’s still strange for me, that kind of show – when you’re backstage, you’re sharing the space with a multitude of people and teams. So, [there’s] no division between bodybuilders, media teams, camera men, audio track guys — you’re all literally in the same space huddled [together].

‘The Shed’ isn’t the only bodybuilder holding the Olympia production team accountable. Four-time Mr. Olympia Jay Cutler addressed some of these issues earlier this week. He pulled no punches in labeling the backstage production ‘a mess.’ Moreover, other veterans of the sport took issue with the grueling pace of the event, like bodybuilding coach Chris Aceto, who fell asleep while waiting for the Men’s Open prejudging to begin.

Many, including James and Cutler, believe the Olympia production was largely mishandled. Hollingshead had no intention of ‘firing shots’ but wanted to bring these concerns to light considering their heavy impact on the 2022 Olympia event.