With so many wondering if Flex Lewis will receive his invite to Mr. Olympia, Jay Cutler gave his two cents on the situation. 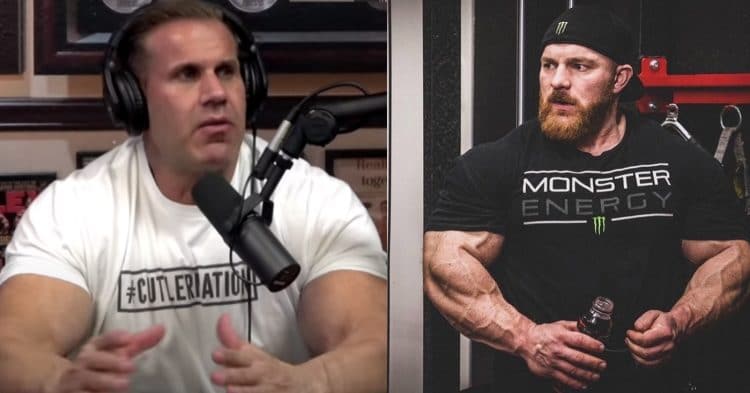 Jay Cutler is a bodybuilding legend and always speaks his mind when topics of controversy make their way into his wavelengths. Recently, the four-time Mr. Olympia winner gave his take on the uncertainty surrounding Flex Lewis’ special invite to 2022 Mr. Olympia.

While this year’s Mr. Olympia is not until Dec., that hasn’t stopped fans and the bodybuilding community from wondering who exactly will be on stage for the Men’s Open division. Flex Lewis has won 212 Olympia for consecutive seven times. After winning just one show, Lewis received a lifetime invitation to compete at Olympia but only under the 212 division. Of course, Lewis can also qualify for Mr. Olympia by competing in a show before the blockbuster event goes down in Dec.

Just a few weeks ago, Chief Olympia Officer, Dan Solomon made headlines left, right, and center after answering a Q & A segment on Instagram stories. Solomon was asked directly if Lewis would receive a special invite in 2022. In response, Solomon said that Flex is only qualified for 212 currently. After being questioned if Flex would receive a special invite in 2022, Dan Solomon was unable to give a firm answer other than, “No, but it’s only January”.

After all, Lewis had received a special invite to compete in the Men’s Open division back in 2020. However, the bodybuilding star was unable to attend due to an undisclosed injury. Lewis wanted to compete in 2021, but personal reasons prevented him from taking part in the competition. It appears there are more than just fans wondering about Flex Lewis’ qualification status. Recently, Jay Cutler, known for capturing four Mr. Olympia titles, spoke on the ongoing controversy related to Flex.

On a recent episode of Cutler Cast, the bodybuilding legend discussed his perspective on the Flex Lewis situation and whether he deserves another invite to Olympia this year. In addition, Cutler spoke on how groundbreaking it would be if Flex came back to the stage after four years to test the competitive waters.

“They gave him the invite two years ago. He couldn’t do it, he had health issues or whatever. I understand; he’s a seven-time 212, and we always talk about like, I hate saying Mr. Olympia because it’s confusing for people right? People say he’s a seven-time Mr. Olympia, but it’s totally different. He won his class, it’s a different class, it’s not the open Mr. Olympia. I think he definitely deserves a special invitation. Jay Cutler explained.

There’s a lot of poeple that say he should have to qualify. I would think he would want to test the waters, since he has not competed in the open, yeah, it’s really hard. I don’t know any comeback that someone’s been off the stage for four years and had great success at it. Cutler said. So, I mean he could write the history books as the first guy to ever do that.”

Cutler believes Flex Lewis deserves the invite to 2022 Mr. Olympia. Although, Cutler made it clear that this invitation should be the last one Flex Lewis should receive. Fellow bodybuilding star Kai Greene also received a number of invites to Olympia but turned them down for years.

“I feel he should have the invitation. I feel that if he does not compete this year, they should not give him another one. They gave one to Kai Greene for years and he just wouldn’t take it. If anyone deserves it, it’s him. At the same time, the question is, how is he going to fare after coming back after four years. If I was him, I would really be pumping that up right now.” Cutler stated.

After Cutler addressed the Flex Lewis Olympia qualification controversy, he began to posit a scenario in which Lewis competes at the Arnold. Overall, Cutler is adamant that challenging for the Arnold title this year would be quite difficult for Flex with opponents like Brandon Curry, William Bonac, Brett Wilkin, and Steve Kuclo standing beside him on stage.

RELATED: Flex Lewis Says Jay Cutler Motivated Him To Be 7x Olympia Champ: ‘It Was A Pivotal Point For Me’

While there is still a possibility that Flex can qualify for Olympia by competing at a different show this year, it’s unclear as of now if that is included in his imminent plans. Nevertheless, Jay Cutler is in agreement that if anyone deserves a special invitation to Mr. Olympia, it’s Flex Lewis.