Regan Grimes, Brett Wilkin, Akim Williams and many other open bodybuilders took to social media to share their physiques ahead of the 2022 Arnold Classic. 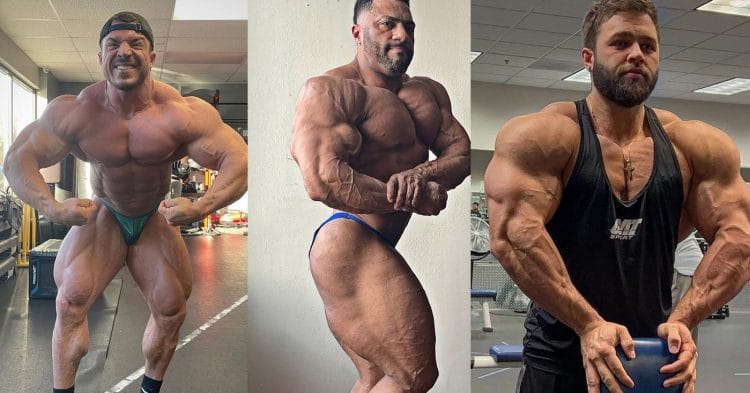 The 2022 Arnold Classic is almost upon us. With just around a month until bodybuilders hit the stage, top men’s open athletes shared their physiques on Instagram and look well conditioned ahead of the competition.

Scheduled to take place on the weekend of Mar. 3-6, the 2022 Arnold Classic is set to go down in Columbus, Ohio. As the second biggest show of the year, bodybuilders are eager to hit the stage and prove they have the best physique. Recently, the organization revealed that prize money for Classic Physique will be increased. Instead of the first-place winner receiving $7,000, they will now receive $60,000.

Several men’s open bodybuilders share updates on their prep for the show, and each looks as impressive as the rest.

The popular Regan Grimes took social media by storm after sharing his gargantuan physique. Following his fifteenth place appearance at the 2021 Mr. Olympia, Grimes is determined to take his physique to the podium at the Arnold this year.

Another prominent bodybuilder, Brett Wilkin also shared his physique ahead of the 2022 Arnold Classic. Currently, there is a lot of hype behind Wilkins as many believe he could easily challenge for gold at the upcoming March show. He is a bit of a dark horse pick, so he is a must-watch out for at Arnold Classic. He brought great conditioning at 2021 Chicago pro, where he scored second place.

On the other hand, Justin Rodriguez shared a picture of his physique ahead of the 2022 Arnold Classic and clearly has put the work in to develop his chest as the striations are visible even before he hits the stage.

Justin Rodriguez has struggled to hit the podium in his last few shows. However, Rodriguez put up a valiant effort when he battled against many of the world’s best bodybuilders at the 2021 Arnold Sports Festival, where he secured fourth place.

After his impressive showing at the Arnold, the bodybuilder decided to try his hand at Mr. Olympia where he ended up placing eighth. Despite being unable to reach the podium at those last two big shows, many are under the impression that Rodriguez’s physique will see him go far in 2022.

Of course, William Bonac got in on the action too. As the 2020 Arnold Classic winner, many fans believe Bonac will remain a big player in his division this year. Following a sixth-place finish at the 2021 Mr. Olympia show, Bonac is ready to hit the podium and his physique indicates that he has a solid shot at doing so.

In addition, Akim Williams also shared a physique update ahead of the Arnold Classic and looks to be packing on mass in preparation. After a fifth-place finish at the 2021 Arnold and then scoring in ninth place at the 2021 Mr. Olympia show, Williams believes he’s made the right adjustments during the offseason to improve upon those positions.

“Chilling In the pimp robe this morning 😅😎 5 weeks out” Samson Dauda posted.

Samson Dauda is a potent force on the bodybuilding stage but has struggled to get past being runner-up as of late. In 2021, Dauda impressed with a second-place result at the Arnold Classic United Kingdom. Then, Dauda made it to the podium in his showing at the Yamamoto Cup Pro.

Finally, the rising bodybuilder once again hit the podium only to secure second place again at the Romania Muscle Fest Pro. Despite placing third and runner up for all of 2021, many fans are convinced this year will be a breakout year for Dauda.

With the 2022 Arnold Classic five weeks away, it’s clear that bodybuilders are beginning final preparations before the big show. After witnessing the physiques of several men’s open bodybuilders, it’s clear that they left no stone unturned while preparing for one of the biggest shows of the year.