Jay Cutler Calls For Change to Olympia Qualifications: ‘There’s Too Many Shows, It Needs To Be Fair Internationally’ 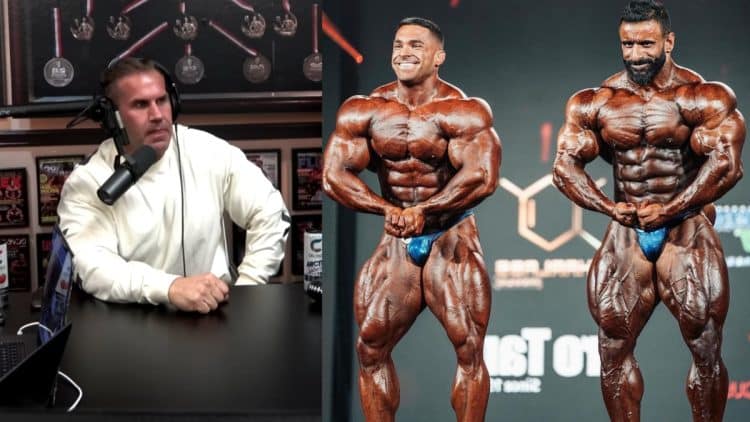 Bodybuilding icon Jay Cutler enjoyed a successful career in the sport as a four-time Olympia champion. In a recent YouTube video, Cutler shared his thoughts on the Olympia qualification criteria and suggested a tier-based system as the solution.

The 58th edition of Joe Weider’s Olympia Fitness & Performance Weekend took place Dec. 16-17 at the Planet Hollywood Resort & Casino in Las Vegas, Nevada. It set a new record for the most participants in the contest’s history with over 400 athletes taking to the most prestigious fitness stage in the world.

The IFBB Pro has experienced massive growth in recent years and has helped elevate bodybuilding on the world stage. Many believed the 2022 Mr. Olympia was one of the most exciting and competitive of any in the last two decades. However, there were some issues from a production standpoint.

The Men’s Open division has long served as the main attraction of the Olympia contest. The winner gets the highest prize money of the 11 divisions. With so many competitors in the show, there were some complaints with the pacing of the event. The Open class had to wait until 11 pm PT to showcase their packages during prejudging.

Coach Chris Aceto, who trained Brazilian sensation Ramon Rocha Queiroz for the Classic Physique competition, voiced his disapproval of how the events transpired. He went as far as to say that the promoters “tortured” the live audience with insanely long lineups in the women’s divisions.

Four-time Sandow trophy winner Jay Cutler weighed in on the hot topic following the 2022 Mr. Olympia. He took issue with the fact that the Open competitors were made to wait backstage, which could have affected their performances as some of them seemed to miss the mark. Cutler believes the Open class should have been the first priority.

Jay Cutler Calls For a ‘Tier-Based System’ for Olympia Qualification

In a recent YouTube video, Jay Cutler gave his take on the current Olympia qualification process and urged the IFBB to implement a tier-based system.

Competitors previously had two ways to secure an invite to the Olympia; by winning IFBB shows or racking up enough points. Although the point system got eliminated by the league, the high number of qualification shows throughout the year could still result in overcrowding. Competitors who have won Olympia titles are invited back for a lifetime. The top five from the Men’s Open at last year’s Olympia are invited back as well.

“They need to do something with the tiers of the shows,” Cutler said. “They need to have a structural tier system where, like the Arnold just counts as a tier, and not everyone qualifies. They need to go in and work their way up in tiers to qualify. Because there’s way too many shows now for qualification.

“It needs to be fair for the international since the IFBB has expanded so much overseas now, there’s a lot of contest. I still think it should be limited to 15 to maybe 20, in that range of the best elite guys in the world.”

Jay Cutler previously highlighted the need to focus on the Men’s Open class considering it’s the most popular IFBB division as far as ticket sales are concerned. He argued that fans will likely leave, which is bad for overall business.

RELATED: Jay Cutler ‘Pushing’ Phil Heath to Return at 2023 Mr. Olympia: ‘He Could Do Some Damage’