The IFBB has released new guidelines on how to qualify for the 2023 Mr. Olympia contest taking place next November. 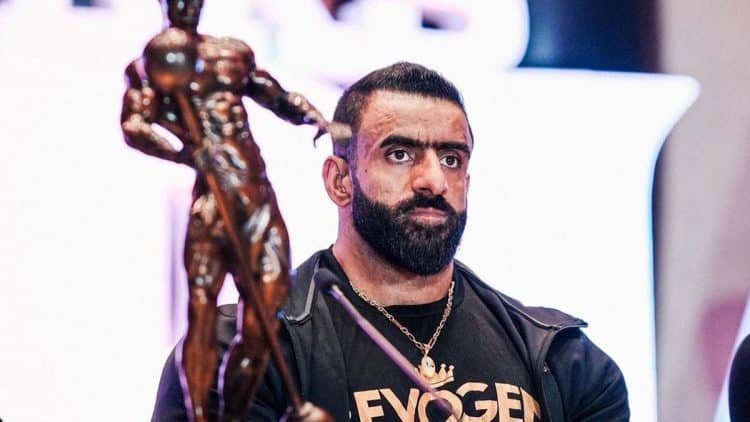 While the 2023 Olympia competition is still several months away, the IFBB along with Joe Weider’s Fitness & Performance Weekend announced the 2023 Olympia qualification system rules (OQS). In order to earn a spot on the 2023 Olympia stage, athletes must win a pro show. The top five Men’s Open Olympia finishers from 2022 are automatically invited back to compete as well as the top three from all other divisions.

Unlike last year (2022), the IFBB has abandoned the point system and established new deadlines to qualify for the sport’s most prestigious event of the year. Just a few weeks ago, the 2022 Mr. Olympia contest ended with plenty of surprises. Despite entering the contest as an overwhelming favorite, former two-time champion Mamdouh ‘Big Ramy’ Elssbiay finished fifth.

After accepting a special invitation from Olympia brass, Derek Lunsford made a run for gold, but was denied by Hadi Choopan. After earning his first Sandow, Choopan dedicated the achievement to the women of Iran. Meanwhile, other competitors enjoyed success like Nick Walker, who was given the Olympia People’s Champ Award.

By the end of the night, an approximation of over $1.5. million was awarded to competitors in prize money at 2022 Olympia. The historic event took place in Las Vegas, NV., at the Planet Hollywood Resort & Casino Zappos Theater.

However, Olympia President Dan Solomon has publicly announced the show will not return to Vegas next year. Instead, 2023 Mr. Olympia will take place in the first week of November in Orlando, Florida.

Below you can find the IFBB’s official statement regarding the new 2023 Olympia Qualification System rules. The organization revealed the deadline for qualifying started on November 21, 2022 and will end on October 9, 2023.

The following competitors qualify for the 2023 Olympia:

The IFBB has eliminated the point system and tiering structure that was implemented last year.

The 2023 calendar year will be a special one for bodybuilding fans as the Masters Olympia competition returns following an 11-year absence. Former 2008 Mr. Olympia Dexter Jackson won the last Masters Olympia contest in 2012. Olympia owner Jake Wood recently teased the event and informed fans that it will take place at a beautiful venue in Romania.

Given the recent changes to the 2023 Olympia Qualification System rules, fans anticipate an even more exciting season to unfold in the coming months.