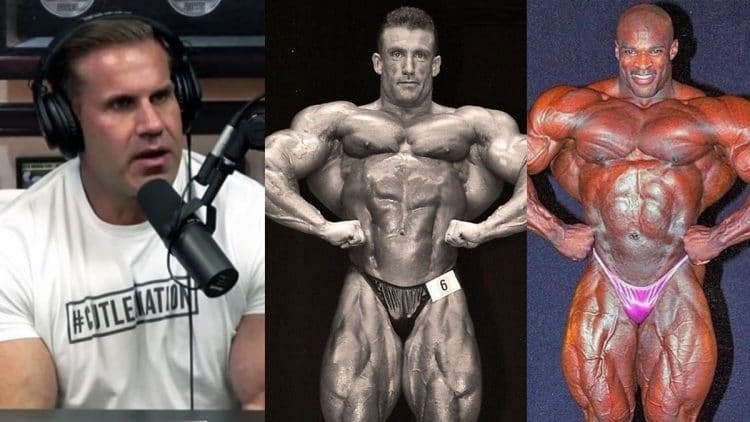 The greatest of all-time debate has intrigued fans of nearly every individual and team sport. Bodybuilding is not an exception to this. Depending upon what an individual appreciates in a sport, they tend to rank the athletes in a particular order of greatness. During a recent issue of Cutler Cast podcast, Jay Cutler discussed who the best Mr. Olympia in history is according to them. Cutler is one of the best bodybuilders in the history of the sport himself and has four Mr. Olympia titles to his name, along with a number of pro wins in the open pro division.

The discussion started when Jay Cutler remembered seeing a social media post that compared him and modern era bodybuilders like Ronnie Coleman, Phil Heath and Mamdouh ‘Big Ramy’ Elssbiay in terms of greatness. Reacting to it, Jay Cutler stated that recency bias compels everyone to forget the work of pioneering figures and said:

“It’s crazy that when eras get further and further… Arnold (Schwarzenegger) isn’t really spoken about like the greatest bodybuilder of all time anymore. You notice as we get… 20 years ago everyone was like Arnold’s the greatest.

There was no one better but obviously Coleman broke the record from Lee Haney. But as we get further down the road… people lose track of the original generation.”

Stating further, Jay Cutler said that the advent of social media allowed the bodybuilders of his generation to stay in front of the public even after retirement. Yesteryear competitors like Lee Haney could not really maintain visibility due to the lack of technology back in the day, which could be one of the reasons why the current fan base might be unfamiliar with their achievements.

“Ronnie, myself and Phil… We all took advantage… we  were at that transitional time of social media,” Jay Cutler continued.

“For at the time he was pretty damn good dude. To win seven (Mr. Olympia titles) you know… I mean the competition I’ve heard at that (time)… Arnold didn’t have to defend his title against anyone. People don’t know that. I would love the historians to chime in on this and tell me how many Olympias Arnold won without a competitor against him.”

Continuing further in the list of consensus greatest bodybuilders, Jay Cutler spoke about Ronnie Coleman, the champ he dethroned, and spoke Dorian Yates’ place in the argument.

“Dorian Yates, I would say, he freaked me out more than Ronnie Coleman did… When I saw Dorian Yates and how big his back was and the calves and everything… I remember seeing him and thinking gosh! How can someone get this big, you know.”

Jay Cutler believes not many bodybuilders could compete against Dorian Yates

Being familiar with both men, Jay Cutler argued that there were a lot of flaws in Ronnie Coleman’s physique that did not exist in Dorian Yates’ body.

“Let’s put it this way. Ronnie had the best back, the best double bicep. I didn’t… He was… Dorian Yates’ was so wide. His lats bro were… there was nothing like it. I couldn’t believe how developed they were. If you compared their lats, Dorian Yates’ lats blew away Ronnie’s in my opinion. Ronnie Coleman had more detail, which is just like Phil Heath did.”

Cutler further opined that even great bodybuilders like Flex Wheeler couldn’t come close to Dorian Yates because of the sheer size. He continued that guys like Phil Heath, whose strong point was the shape and not size, could not compete against Yates if they competed against each other in their prime.

To sum up, the GOAT argument in most sports is a more subjective matter than objective facts. While everyone in the consensus GOAT list has done their bit for the growth of sport, each one can stake a claim at the top spot in different areas rather than a fixed set of criteria.

Courtesy of Cutler Cast YouTube channel, you can watch the full video here: