Jessica Buettner advanced her meet PR in deadlift and squat 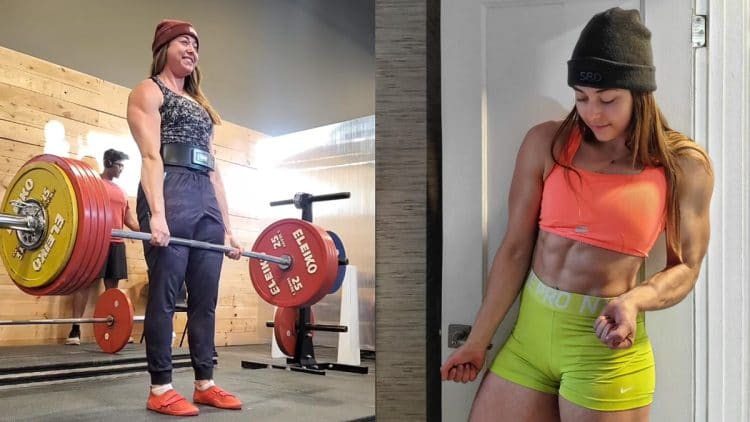 The reigning 2021 IPF World Champion Jessica Buettner is putting up some massive performances in the gym as of lately. Most recently, Jessica showcased her new squat and deadlift PRs. Both lifts were published on the same day, just a few hours apart. She competes in the 76 kg category, and both lifts are heavier than the current IPF World Records in that category, which she owns.

Jessica’s deadlift PR marked a serious improvement, as she pulled 252.5 kg (556 lbs). This is 2.5 kg (5.5 lbs) heavier than her meet PR, and 5 kg (11 lbs) heavier than the IPF World Record. Jessica only used a lifting belt, while her lifting style was conventional, accompanied by a mixed grip.

Jessica’s second PR of the day was the squat of 211 kg (465 lbs), which seemed comfortable. This is 0.5 kg (1.1 lbs) heavier than her competition PR, which might not seem like a lot, but beating competition PRs and World Records in training is very impressive. Jessica used a lifting belt and knee sleeves to aid her in the lift. In addition, her barbell positioning was “low bar“.

In the 2021 IPF World Classic Powerlifting Championships, Jessica claimed a win in the 76 kg division and set three new World Records. Her results were:

Jessica Buettner is not currently actively preparing for a competition, but her new PRs mark the end of her training block. The 26-year-old explained that the goal for this block was to match her PRs, but she surpassed them. Jessica has had only one competition in the last two years, but when she competes more frequently, we will certainly see some records fall.

How Much Weight Can You Lose in a Month?