Joey Swoll shared his thoughts on a female TikToker who mocked other gym goers: 'blows my mind that people think it's okay to film strangers at the gym to post on social media'. 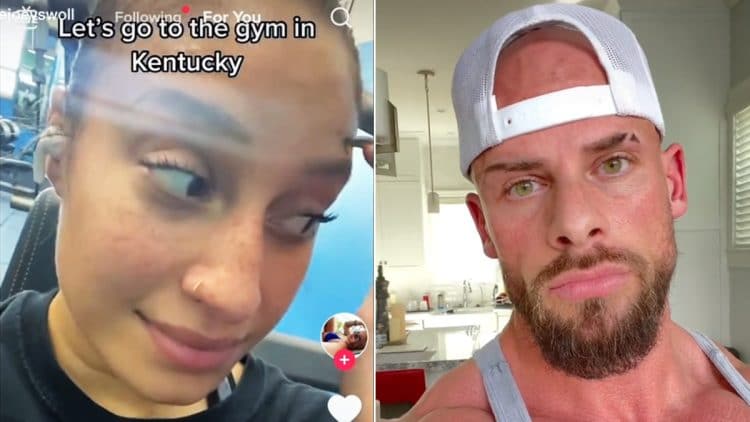 With the rising popularity of streaming platforms like TikTok, hostile gym encounters have become all too common. In a recent video, fitness influencer Joey Swoll addresses toxic gym culture after a female TikToker mocked gym-goers from Kentucky for working out.

Joey Swoll has used TikTok as a weapon to fight against poor gym etiquette and toxic gym culture. In the age of social media, Swoll is adamant that people have become more concerned with producing content, rather than utilizing the gym to improve fitness levels.

It seems every week Joey is making headlines for his commitment to rectifying gym culture. These viral gym encounters range in severity. Last month, Joey condemned a female TikToker who claimed she was being stared at by an older man. After watching the footage, Joey disagreed and highlighted the difference between ‘staring like a creep and simply looking at somebody to see what they’re doing’.

Speaking up for those who don’t have a voice online, Joey defends gym-goers who are often made to be the butt of a joke. One such instance involved popular fitness influencer ‘Nicki Fitness’, who made fun of a man for practicing drag curls, assuming that he was just wasting his time. Swoll educated her on how useful drag curls can be for building biceps, an exercise that is widely endorsed by respected bodybuilding coach Charles Glass. ‘Nicki Fitness’ ultimately apologized for the mix-up.

In a recent TikTok video, Joey Swoll addressed the woman in the video who made fun of people exercising at a local gym in Kentucky. The video’s overlay writes, ‘let’s go to the gym in Kentucky’.

“The video is disgusting for obvious reasons but what absolutely blows my mind is that people think it’s okay to film strangers at the gym to post on social media to make fun of. These people aren’t doing anything to you.

They’re not talking to you, they’re not engaging with you. They’re simply existing, and you felt the need to film them and make fun of them, and these ‘people from Kentucky’.

Really, you don’t know better, and then you go and support comments like ‘a bunch of Karens in training‘. Maybe you should take some notes from these people and spend some time around them and leave other people alone. Mind your own business, be better than that.” Joey Swoll said.

If you don’t want it done to you, don’t do it. Stop filming people at the gym. #MYOB

“If you don’t want it done to you, don’t do it. Stop filming people at the gym.” Joey Swoll wrote in the caption.

According to Swoll, a growing problem in the fitness industry is people thinking it’s okay to record others working out at the gym. Joey has acknowledged that gyms are public places but operating with a level of respect should go without saying.

As a result of his ongoing efforts to combat poor gym etiquette, the movement appears to be growing. Earlier this month, a female TikToker went to the gym asking where all the hot people were at. A fellow TikTok user named Deshaun responded to the video, tagged Joey Swoll, and warned her that it was only a matter of time before Joey made a video highlighting the poor behavior. Given that other users on the streaming platform are starting to understand Joey’s plight, it looks like he is winning the fight against toxic gym culture.

Swoll is determined to change the way people behave at gyms. Judging by Joey’s recent video, there are still plenty of problems in the fitness industry that require change.