'The Boston Mass' Jose Raymond weighs in on the recent death of Shawn Rhoden, and the responsibility that the IFBB Pro League holds 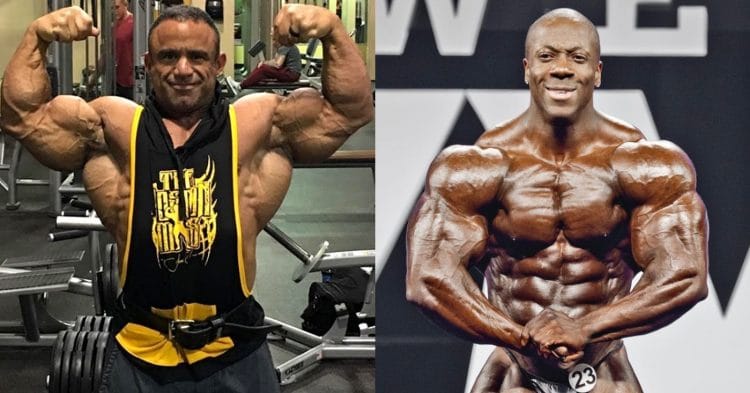 The bodybuilding community was generally heartbroken to hear of the passing of Shawn Rhoden. While this is also the case with Jose Raymond, “The Boston Mass” is more disappointed that Shawn did not get to clear his name first.

A retired 212 Bodybuilder with a ton of competitive experience, Raymond has become a fan favorite, whose opinion is well respected. He recently weighed in on the recent deaths in bodybuilding, with the likes of Rhoden, as well as George Peterson and John Meadows, to name just a few, passing away before their time.

Speaking in an interview, he explained that the thing that bothered him the most about Rhoden’s death in particular, was the fact that he was still awaiting trial for charges of sexual assault, with many people believing that he was going to get cleared of the charges. Jose says that he hopes that the case continues even after his death, simply to clear the name of Rhoden, even if it was ultimately too late.

“I’m really, really, really sad for (Rhoden), that he wasn’t able to clear his name before his death. That is another part of this story that is very frustrating, and I hope to god, somehow that case still goes through. I know they’re probably just going to drop it because he’s not here, but we don’t need him here. This woman needs to prove her case, because in my mind, it played a role in his death,” Raymond said.

Shawn Rhoden Missed Out On Millions

This pending case kept Shawn Rhoden on the sidelines from competition, since he won the 2018 Mr. Olympia, due to the fact that he had his IFBB Pro Card revoked, following his arrest. This is something that Jose Raymond says was incredibly detrimental to “Flexatron” and his mental health.

Jose says that, judging by the physique he brought to the stage in 2018, Shawn could have won the Olympia every other year since that victory. Because he did not get a chance to do this, he lost out on a ton of money.

Jose Raymond Says The IFBB Has Their Hands Tied

In the wake of Shawn Rhoden’s tragic death, and the other deaths I the sport, there have been a lot of varying theories on what the IFBB Pro League should do. Jose Raymond things that the organization has their hands tied.

He thinks that if the IFBB Pro League made a statement or made changes to the sport, it would be the same as admitting fault. So in essence, there is not much they are really able to do.

“I don’t want to step on my d—k here, but they’re basically admitting involvement or being complicit to it, if they come out and do or say anything. What they’re gonna say, they’re just running shows. They’re just giving the competitors the platform to compete. They can not police every single last thing that people put in their body,” Raymond said.

“If they get wind of something, and they know that someone looks stage, they hear it backstage, do not let that guy on stage, send that person home. If they see someone at weigh-ins and they’re about to pass out, do not let that person on stage. They can do little things like that, which is basically the honorable, human, humane thing to do. Aside from that, if they get into drug testing every athlete, at every event, then say goodbye to bodybuilding. It’s not going to be here anymore.”

There are a lot layers to this situation, and Jose Raymond makes good points about the responsibility of the IFBB Pro League. Fans and athletes alike really just want to see less deaths in the sport, and it is going to be hard to get there.