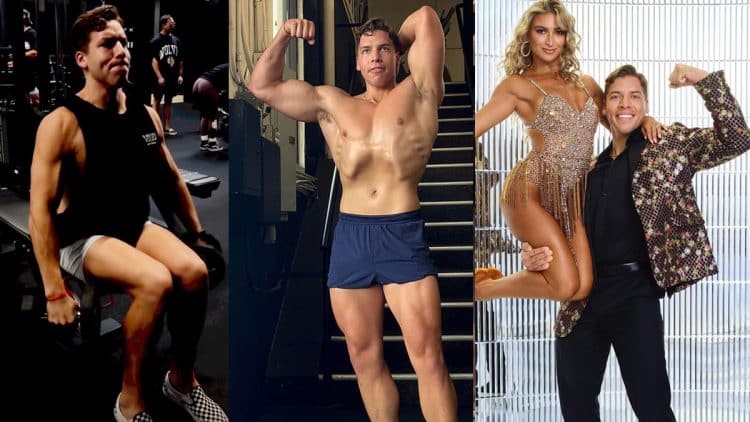 Joseph Baena, son of bodybuilding legend Arnold Schwarzenegger, is carving out his own path in the entertainment industry. In a recent post made on Instagram, Baena shared a shoulder workout he’s using to prepare for season 31’s Dancing With The Stars.

Baena first gained popularity on social media for his uncanny resemblance to his father. His appearance resembles how Arnold Schwarzenegger looked in his youth and he has even recreated some of his iconic bodybuilding poses. Joseph got into lifting on his own and mentioned that his dad never pushed him to pursue a career in fitness/entertainment.

Despite that fact, Baena admits that living as one of Schwarzenegger’s sons isn’t as easy as many would imagine. He has explained that he “constantly pushes himself” to live up to the expectations that have been placed on him at a young age. He added that he’s struggled with comparisons to his father and figuring out his own path.

In addition to acting projects and fitness, Baena also has a passion for real estate and got his license to sell properties. He recently sold his first home as a real estate agent and talked about how it helped his confidence.

In a recent video uploaded on Instagram, Baena shared the shoulder workout he used in preparation for the premiere of season 31 of the competition television series Dancing With The Stars.

“This is how I get my shoulders ready to lift up @daniellakaragach. Have to get the body right for @dancingwiththestars season 31 premiere this Monday, Sept 19!”

You can Find a Full Shoulder Workout List Below:

Joseph Baena likes to collaborate with other celebrities and recently teamed up with bodybuilding veteran Mike O’Hearn for a taxing old-school back workout. O’Hearn shared his decades of experience coaching Baena through an unconventional workout that was designed to promote longevity.

That wasn’t the first time that Joseph Baena and Mike O’Hearn teamed up for a workout. They joined forces last month to build bigger arms with a brutal series of biceps and triceps workouts. Given O’Hearn’s wealth of knowledge regarding weightlifting, Joseph learned a lot from their training session.

Joseph looks to be in excellent shape as he continues preparing his stamina for the popular dance show. Baena intends to bring superb conditioning to this season’s Dancing With The Stars, which is expected to air on Disney+ September 19th.